© 2021 Motorsport Network. All rights reserved.
TV Buy tickets Store
Previous / The other IndyCar drivers who came of age at Road America Next / IndyCar Iowa: Pagenaud fights back from last to win from Dixon
IndyCar / News

Conor Daly scored a maiden IndyCar Series pole position in qualifying for the first race at Iowa, with reigning champion Josef Newgarden on pole for the second race 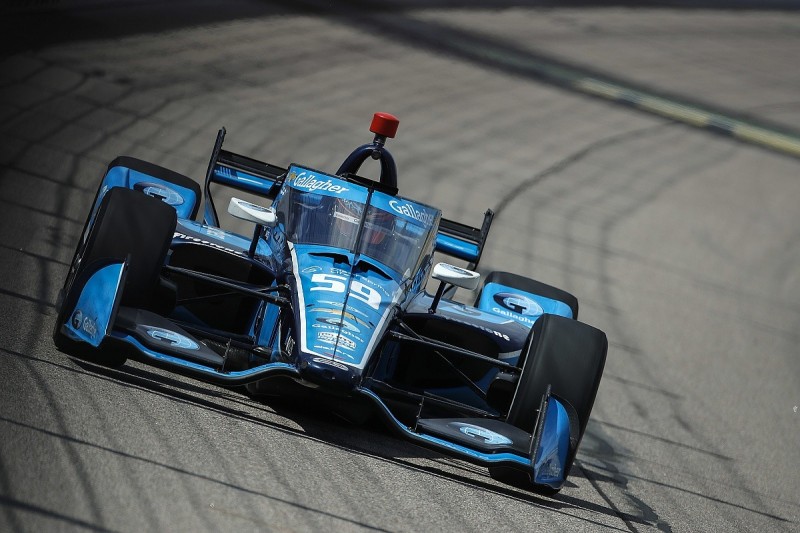 Carlin driver Daly, who had never previously qualified inside the top 10 on an oval circuit, also took the team's first pole position since its arrival in Indycar in 2018.

The 28-year-old was the early pace-setter in a rejigged qualifying format, where a driver's first green flag lap counted for grid positions for Friday night's opening race, and their second forming the line-up for Saturday's second encounter.

Chevrolet-powered Daly was the ninth car of 22 to take to the 0.8-mile oval circuit, and was the first driver to break the 175mph barrier.

The Carlin driver slowed slightly on his second fast lap, to 174.9mph, with Newgarden recording the fastest lap of the entire session at 175.3mph - 18.35s - to snatch pole for the second race by 0.040s from Power and Daly. 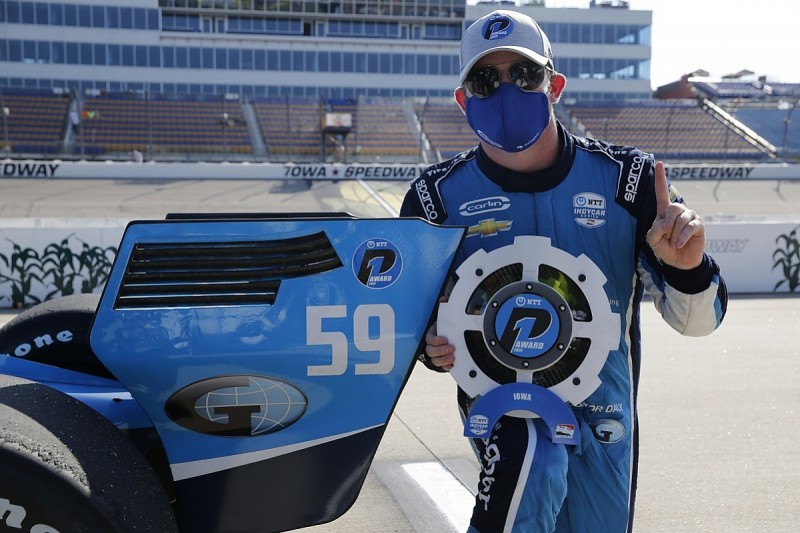 After a poor start to the 2020 campaign, Alexander Rossi qualified a strong fifth for the first race - the Andretti Honda driver the early pacesetter with his 18.68s lap-time, before Daly stormed to pole.

Championship leader Scott Dixon endured a difficult session for Chip Ganassi Racing, his #9 machine struggling with understeer throughout its time on track.

Dixon could only manage 17th for the first race, with oval specialist Ed Carpenter and rookie Alex Palou either side of him, and fared even worse on his second lap, securing 18th, sandwiched by Marco Andretti and Graham Rahal.

Simon Pagenaud will start both races last after the #2 Penske suffered a fuel pressure issue just as it was about to start its qualifying run.

Pagenaud was due to be the third last car to record his times, but the issue struck just as he was given the go-ahead to start his run, with race director Kyle Novak waving Pagenaud's attempts to get going off, and pulling the car out of line.

The other IndyCar drivers who came of age at Road America