The 43-year-old Japanese driver first raced for RLL in 2012 before four largely fruitless years with AJ Foyt Racing and a single season with Andretti Autosport, yielding the 2017 Indy 500, before returning to Bobby Rahal's outfit in 2018.

In that time, he has scored all four of the team's wins - following up his Portland victory with a brace last season at Barber Motorsports Park and Gateway.

The long-time Honda-affiliated driver secured a second Indy 500 this year, the team's first since Buddy Rice in 2004, and lies seventh in the championship with one round to go, one place behind teammate Graham Rahal.

Sato was a close second to Scott Dixon in the first Gateway race and finished ninth after qualifying on pole for race two, but has finished no higher than 13th in the four races since across Mid-Ohio and the Indianapolis road course.

Team boss Bobby Rahal said: "I am very pleased that we were able to come to terms with Takuma to continue with us in 2021.

"Clearly it has been a successful partnership over the last several years, culminating in this year's Indy 500 victory and I look forward to further success with Takuma throughout 2021." 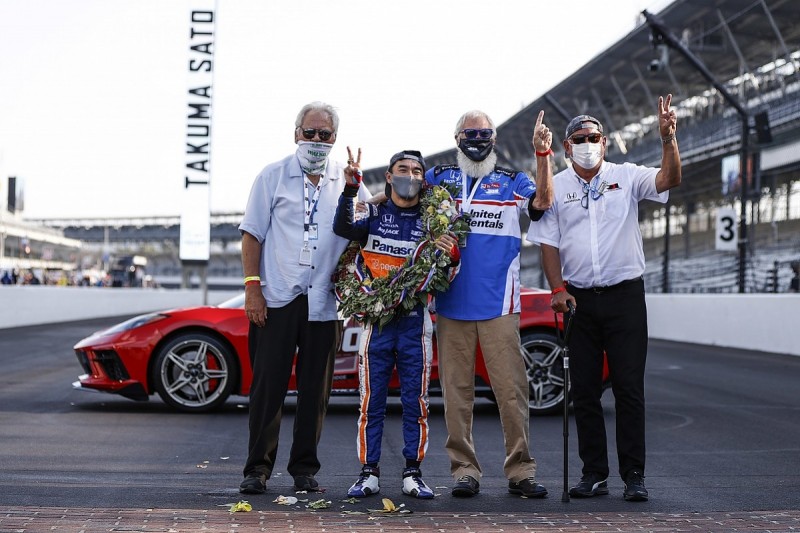 "The 2020 season was an unforgettable one for many reasons," said Sato.

"Needless to say, it was an extremely challenging situation worldwide but the team continued to work very hard to be competitive under the difficult circumstances and Bobby, Mike and the entire team deserve huge credit for this.

"Our Indy 500 win was a truly special moment and I want to thank everyone at the team again.

"We are already focused on the future and I am really looking forward to 2021."

Team co-owner Mike Lanigan added: "It has been a pleasure working with Takuma for many years and sharing with him all of the successes he has had.

"Winning the Indy 500 together exceeded my own dreams and we at RLL look forward to more success in the new season.

"Having Takuma back with our team in 2021 provides continuity and will allow us to build upon the competitiveness we have shown this season."

McLaren would have considered Magnussen for IndyCar seat