AutoGP champion Luis Michael Dorrbecker will also get a run with SPM in the test on Sebring's short course on March 1.

Derani is racing for the Ganassi-run works Ford GT team in the first three World Endurance Championship rounds this year and for Extreme Speed Motorsports in the North American Endurance Cup section of the IMSA SportsCar Championship.

"We actually tested Pipo three or four years ago in Indy Lights and thought he was an outstanding young driver, but we just couldn't put the deal together for Lights," Schmidt told Autosport.

"So he floated around that year and ended up in sportscars and I think he truly proved himself.

"When Ed Brown started ESM's deal with Pipo, I told him I thought it would work out well for him, and it certainly has. But Pipo has always wanted to race open-wheel.

"It could be like the situation with Simon. He left open-wheel, gained maturity and experience in sportscars and came back very strong.

"So this is a great back-to-back opportunity to test, with almost everyone testing at Sebring on February 28, and then these two guys and the track being available on March 1.

"We have high hopes for both Pipo and Dorrbecker - it's all about looking toward the future." 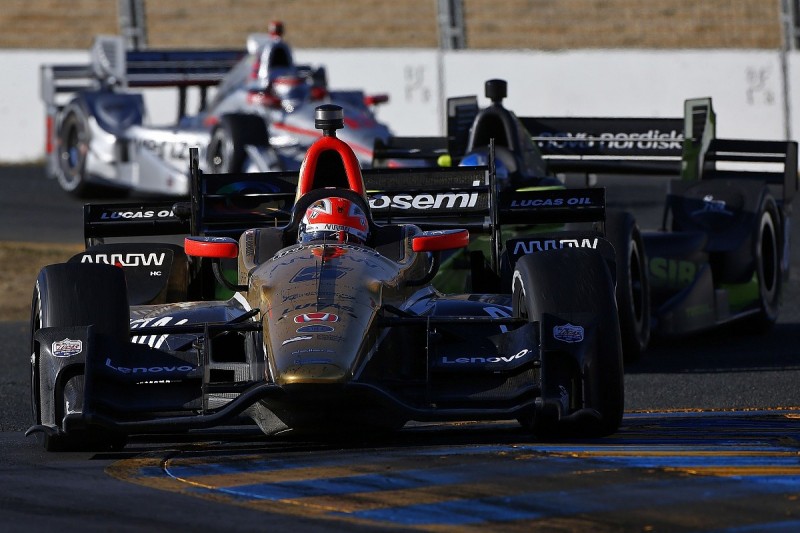 SPM has retained James Hinchcliffe and Mikhail Aleshin as its two full-time IndyCar drivers this season, but has hinted at some appearances for a third car.

Schmidt confirmed both Derani and 24-year-old Mexican Dorrbecker had a chance to race this year.

"Maybe two or three races after Indy," he suggested.

"We'd look at road courses to ease them into the programme.

"We have contract rights for both of them, this year and next year.

"But when I said for the future, I was thinking a bit further ahead.

"For example, we expect and wish to have a long-term relationship with both of our two existing drivers, but we have to consider also that they're out of contract at the end of this year."

The team has already announced it will run an extra car in partnership with Tony Stewart's Foundation at the Indianapolis 500, but the driver for this is yet to be finalised.