IndyCar race winner Colton Herta has extended his contract with Andretti Autosport and principal backer Gainbridge until 2023, appearing to diminish prospects of a forthcoming Formula 1 switch.

The 21-year-old second-generation racer has emerged as one of IndyCar's brightest young talents since graduating from Indy Lights in 2019 and scored his fourth series victory with a dominant run from pole at St. Petersburg last month.

The win for Herta, who finished third in the standings last year as the only Andretti Autosport driver to win a race in a team clean sweep of the podium at Mid-Ohio, was lauded by 1978 F1 world champion Mario Andretti as an example of his "Formula 1 quality" with Andretti telling Autosport that he was "pushing like hell" to find Herta an opportunity in F1.

F1 boss Stefano Domenicali revealed earlier this month that the organisation is encouraging teams to look at American drivers to build interest in the country ahead of a second US grand prix joining the calendar in Miami from 2022.

PLUS: How Herta's aversion to complacency spells bad news for his IndyCar rivals

However Herta's contract extension will keep him at Andretti Autosport for at least two more years and appears to diminish hopes of F1 attracting its first American driver since his current team-mate Alexander Rossi made five starts for the Manor Marussia team in 2015. 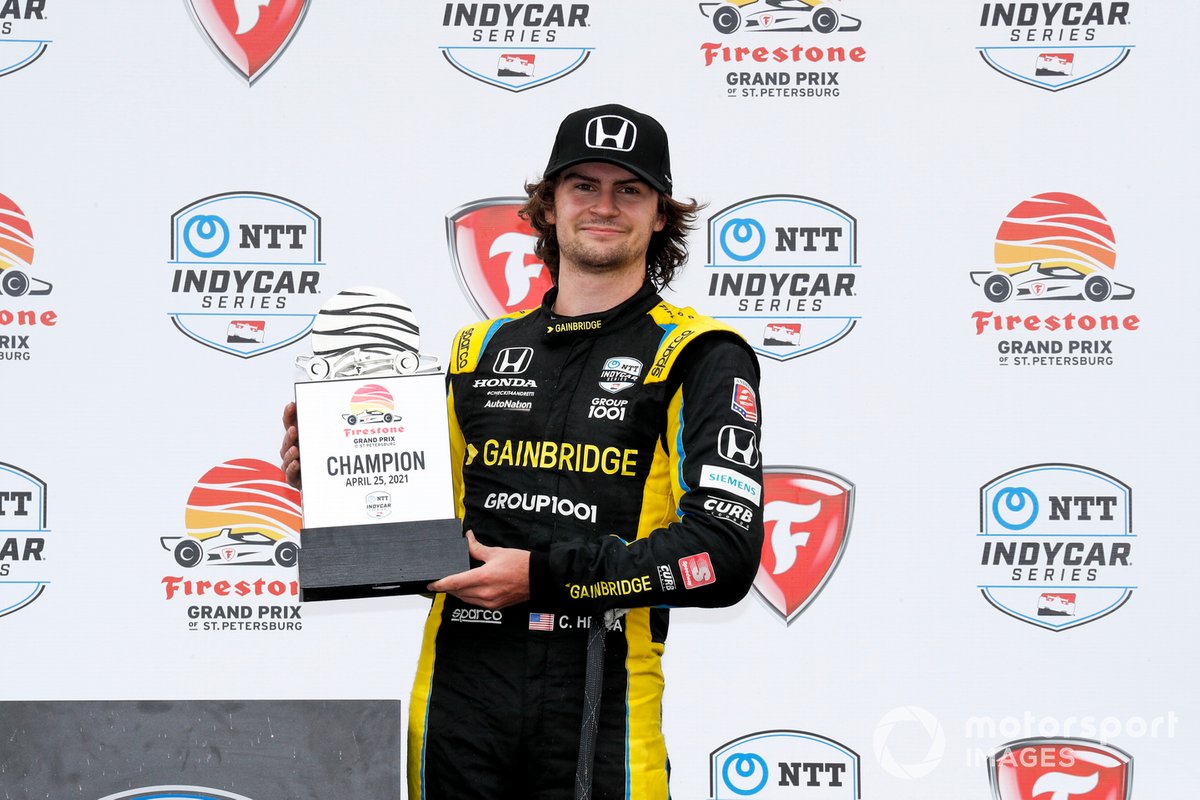 “Colton has already shown so much potential in the short time he’s been in the series and having a great partner like Gainbridge recognise and support that potential is great for everyone.

“If the start to the 2021 season is any indication of the future success for the #26 car’s programme, I think we have a lot to look forward to over the next few years.”

Herta said: “I’m incredibly happy to be back with Andretti Autosport for the next two years. I’ve grown so much with this team, so it was a no-brainer when I got the chance to re-sign with Michael.

“With the support of Dan Towriss and Gainbridge, there’s no doubt in my mind that we’ll be threats everywhere we go.”

Herta thrilled to deliver for Andretti after “pretty embarrassing” Mid-Ohio