Andretti had to climb his way up the field after a mistake in qualifying - he ran the softer red-walled Firestone tyres on a damp track - meant he started the race from 14th.

He made an excellent start and gained more places than anyone else in the opening phase of the race, overcoming Takuma Sato in a hotly-contested battle on his way to fourth.

The driver of the Bryan Herta-affiliated Andretti entry was then forced into the pits on the penultimate lap because his team had miscalculated refuelling during his second pitstop, resigning him to 10th.

"That was our [the team's] fault," Herta told Autosport.

"Marco didn't stop early on the second stop and he didn't burn through the fuel too quickly. It was us making a very simple mistake.

"At the second stop [on lap 56 of 85] we didn't get the car full. We thought we had enough fuel but we didn't fill it up and it was totally a mistake from our side of the equation.

"We didn't know we were going to run out of fuel until we ran out, and Marco got the light on the dash telling him he was on the collector tank.

"We should have had plenty.

"It was a real shame because he earned that fourth and we lost it for him." 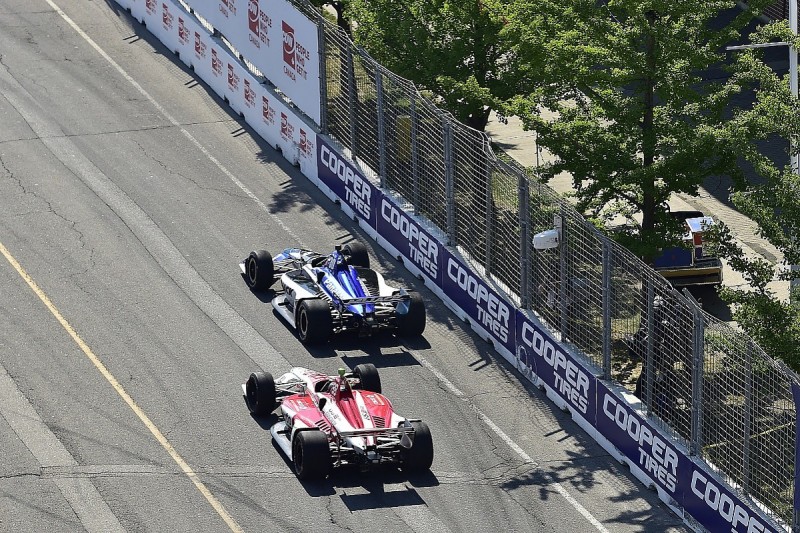 Andretti has improved on street courses - traditionally his weakness - in 2018, notably taking his first pole position in five years at Detroit earlier this season.

He has still not won a race since his victory at Iowa in 2011, with Andretti telling Autosport a win would lift the pressure on him.

Herta explained that Andretti has not made sweeping changes to his driving style on street tracks.

"There's not one big thing that Marco has changed, but there are a thousand little things throughout the team that have improved, and I think we're capable of competing in the top five or six on every type of track now," said Herta.

"I don't feel like there's a place we're going in the rest of the season where we should be less competitive.

"Whatever the type of track, it's just a piece of asphalt that we have to get around faster than the other guys.

"I have no doubt that Marco is capable of winning at this level and we're doing a lot of the right things and we'll continue getting better.

"That's no more than every other team is doing, but we keep working to do an even better job than them, and Marco is an intrinsic part of that process."