Andretti Autosport is renowned as one of the top squads in IndyCar, but a two-race outing for the team in 2010 didn't allow one of Britain's most underrated talents to shine, as he tells JAMES NEWBOLD 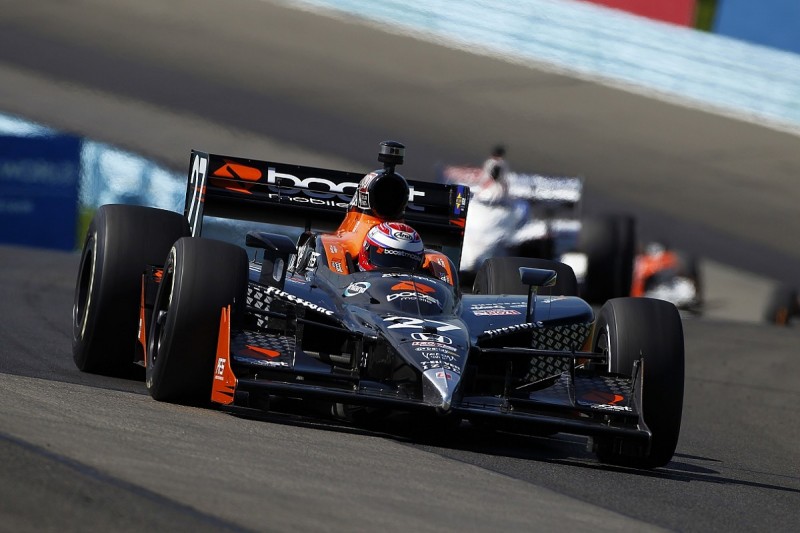 Everything was going right for Adam Carroll in June 2009. The Northern Irishman had wrapped up the A1GP 'World Cup of Motorsport' title for Team Ireland and five years after a testing opportunity with BAR-Honda, a long-awaited Formula 1 shot looked a distinct possibility for 2010 - if Lola's entry was approved. Carroll even got to appear on a chat show with Henry Winkler, aka The Fonz.

That Lola didn't make the cut for 2010 didn't seem to matter all too much though, because he had attracted the attention of A1 Team USA seat-holder Michael Andretti, and an IndyCar debut in 2010 was a distinct possibility.

It had been a long time in the making, for during Carroll's first season of GP2 in 2005 he had acted as the reserve driver for Champ Car outfit RuSPORT at Mexico City, when Justin Wilson was nursing a broken scaphoid, and later tested for the team at Sebring.

"[The Lola Champ Car] was amazing, 750-800 horsepower and a seven-speed sequential," recalls Carroll, a winner at Monaco in GP2's first year.

"A two-hour race in one of those was really physical. Timo Glock came back from a year in Champ Car to do GP2 in 2006 and he could do a couple of races with one hand. It was that easy..."

He also tested for Forsythe, again without reaching a deal to race as well-sponsored Mexican Mario Dominguez took the seat. He would be axed after taking out himself and team-mate Paul Tracy on the opening lap at Milwaukee.

"Gerry Forsythe was a character, he'd say 'give me six million dollars and it's yours' and you're like 'I'm not buying the team!'" recalls Carroll. 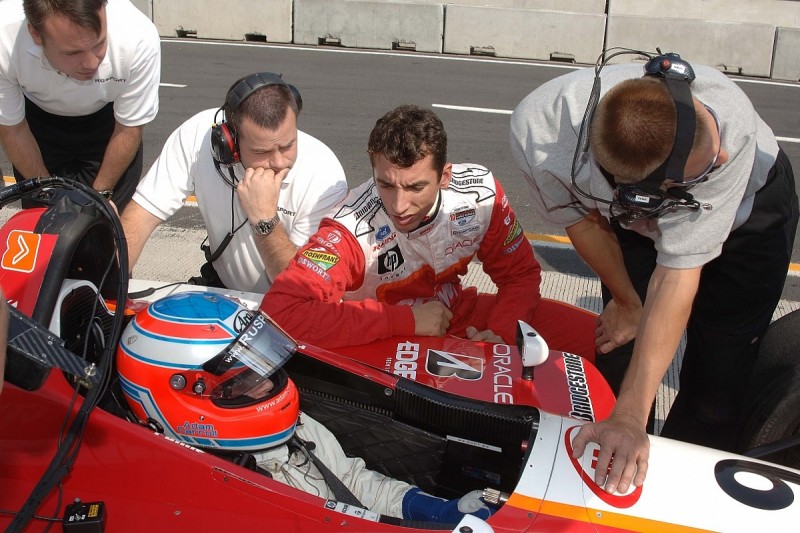 Talks to break into America didn't materialise - with all teams needing a funded second driver - and he instead took a DTM drive in a 2005-spec Audi for 2007, but it didn't allow him to shine and he was soon back in GP2, scoring a home win at Silverstone.

"Some of the smaller IndyCar teams would have absolutely had you straight away but they're asking for 1.5 million dollars," says Carroll. "People won't realise this, but every year I raced on a Formula Renault budget.

"I can just remember going to myself, 'I've qualified 10th and the car wouldn't turn for me', that's not so bad" Adam Carroll

"It was pretty stupid to try and press on like that and yes, it was an achievement in itself that I had plenty of offers that other guys wouldn't have been given, but I just couldn't make it happen. It was just down to money in the end."

A career lifeline came courtesy of A1GP in 2007-08 and after claiming a breakthrough victory in Mexico, he went on to win the title the following 2008-09 season, the first and only for the new 'Powered by Ferrari' machines - "a cracking piece of kit", Carroll fondly recalls.

So began the relationship with Andretti, which led to Carroll being entered in a fifth car for the Watkins Glen and Mid-Ohio IndyCar races in 2010, with the intention of landing a full-season deal for 2011.

"We're excited to have Adam on board," said Michael Andretti when announcing his deal. "We've been watching him for some time and think he is a real talent.

"Even more important, he's a great guy. And when you have a team the size of ours, you have to have the right personalities, and I think Adam is going to be perfect for that. He fits right in with our family. I can't wait to get him in the race car." 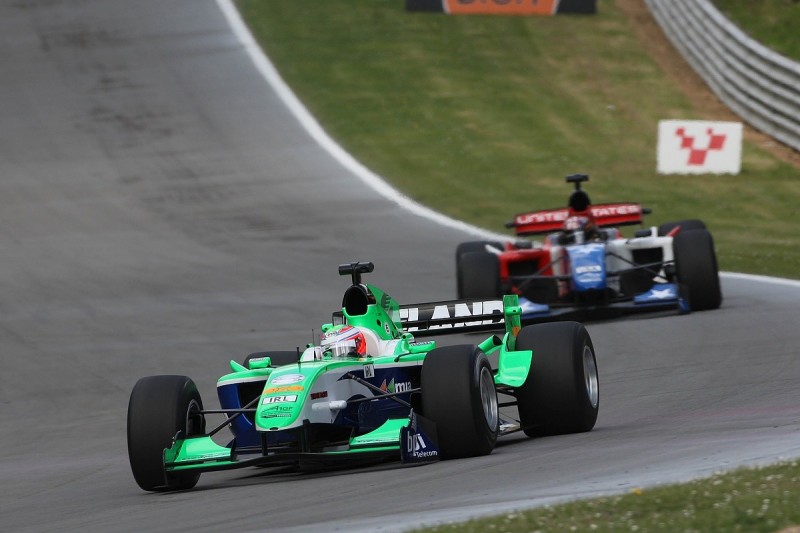 He managed one test day at Mid-Ohio before Watkins Glen and for his debut outqualified team-mates Tony Kanaan, Ryan Hunter-Reay and Danica Patrick in 10th, no mean feat having not raced for a year and in a car that took the physical demands a level beyond what he'd experienced before. As Carroll recalls, "even Tony Kanaan took the caster off for the race and he's built like a mini tank".

The balance "wasn't really right" either, with Carroll reckoning there was "probably half a second worth of understeer on my car".

"You could have easily had that dialled out and in a different car I could have qualified in the top four," he says. "I can just remember going to myself, 'I've qualified 10th and the car wouldn't turn for me', that's not so bad."

But matters didn't improve in the race and he could only finish 16th.

"Indycar is super-competitive and even for teams like Andretti, putting an extra car on the grid is actually not that easy," says Carroll. "To stick another car on the grid actually means you have to pull a few people from other places, so the engineer is someone who is often from Indy Lights or who hasn't actually done Indycar for a while, so everybody is a wee bit rusty. You wouldn't really expect it to be like that but that was unfortunately what happened.

"You need the car to have a crack over the whole championship to show what you can do. One-offs are really, really difficult. You can never perform at 100%, it's impossible."

Likewise Mid-Ohio was "a real disaster from the start", qualifying 17th and finishing two places lower having set the 23rd fastest race lap. He later found "there was ride-height, damper settings, wing settings, tyre pressures all different" to his team-mates, but it came too late. Carroll's post-race quote, given in 2010, is telling.

"I've never struggled like this before," he said. "It's a hard championship, and the car isn't like anything I'm used to driving."

He added: "At least we finished the race and got more miles under our belt. You get difficult weekends like this sometimes. We'll come back stronger, and hopefully we'll get another chance to get out there and prove what we can do." 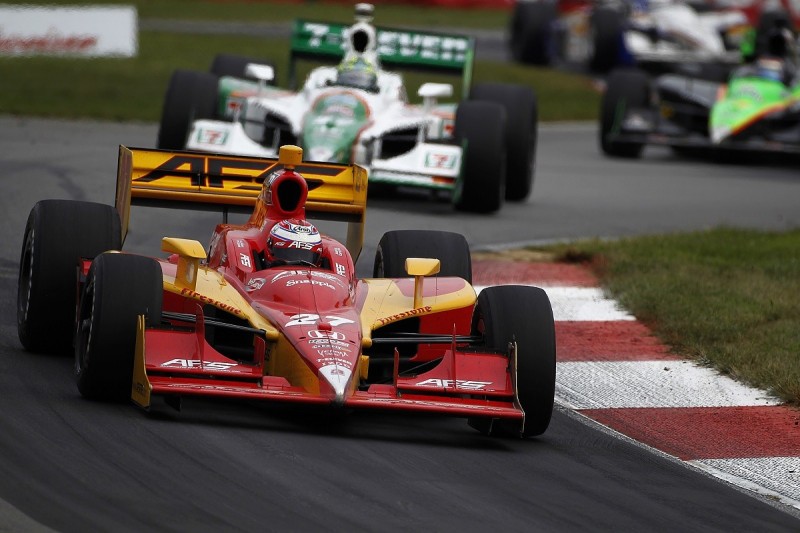 But that chance never came, thanks to a last-minute U-turn in the corridors of power at logistics company DHL, as only half of the promised sponsorship for 2011 was signed off.

"It wasn't enough to put the whole package together and they were $1.5m short," recalls Carroll.

"If you have two chances in any race series, you've got a good chance that one of them isn't going to be great" Adam Carroll

The seat eventually went to Mike Conway, who duly won at Long Beach, while Carroll returned to Europe and, after another GP2 cameo in a quiet 2011, began to pick up rides in GT cars. He won a British GT race at Oulton Park in 2016 and made his debut at the Le Mans 24 Hours that year.

A season with Formula E newcomers Jaguar proved a disaster as the new team got to grips with the series, but he showed he could still cut it by jumping into the Ferrari Challenge Europe in 2019, taking big ticket wins in the Le Mans support race and in the end of season World Challenge Finals at Mugello.

As satisfying as those were, a decade on from his non-starter IndyCar foray, Carroll still has a tinge of regret that he wasn't able to show what he could do: "If you have two chances in any race series, you've got a good chance that one of them isn't going to be great.

"But I've been a paid professional racing driver since 2007, which is not easy to do. The reality is you have made it if you are paid as a racing driver." 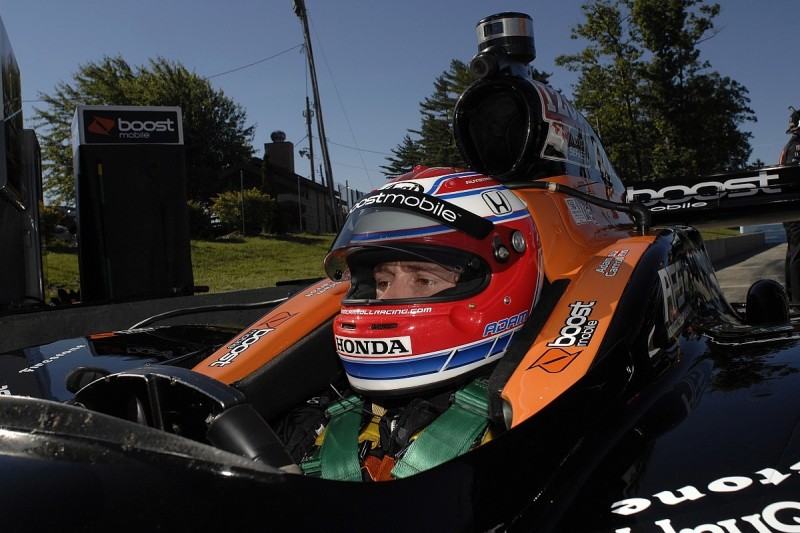