VeeKay: "Most amazing qualifying" at Indy 500 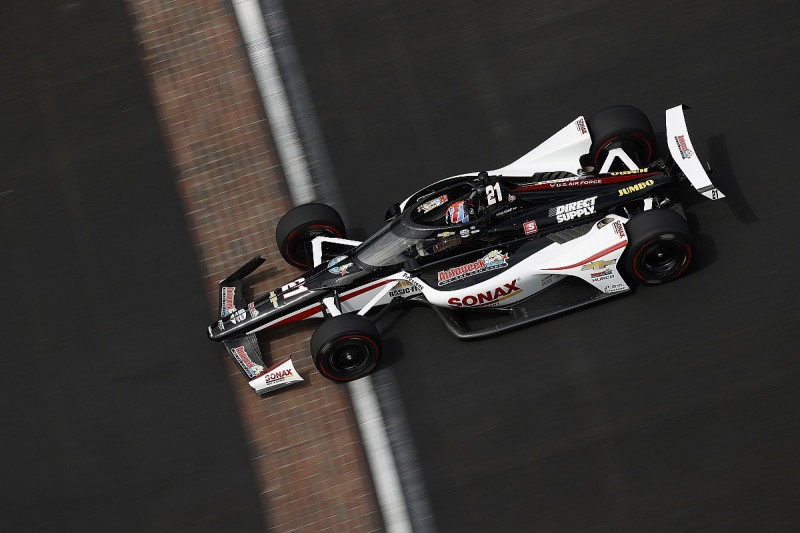 Despite the general consensus being that Chevrolet was down on power compared with Honda when they ran 1.5-bar boost, which teams use on Fast Friday, qualifying and the Fast Nine shootout, VeeKay proved that a great handling car could help make up the deficit.

The #21 Ed Carpenter Racing Chevrolet had looked fast and stable in dirty air during practice, but it also responded well to being trimmed out for qualifying.

The Dutch teenager was sixth on Saturday, behind four Andretti Autosport cars and Scott Dixon of Chip Ganassi Racing, and then on Sunday only one Andretti car - that of Marco Andretti - could outpace him, along with Dixon and Takuma Sato's consistent Rahal Letterman Lanigan-Honda.

"That was the most amazing qualifying, I did not expect it!" said VeeKay who is advised by two-time Indy 500 winner and IMS lap record holder Arie Luyendyk.

"I was really happy to even make it to the Fast Nine. Being the only Chevy made it tough, but we are starting fourth! Super close to making the front row, but I'm still happy with this. And fastest rookie!

"Ed [Carpenter, team owner] really helped me, telling me what the wind was going to do to my car. I've never driven in wind like this at this track. He really helped me to be confident." 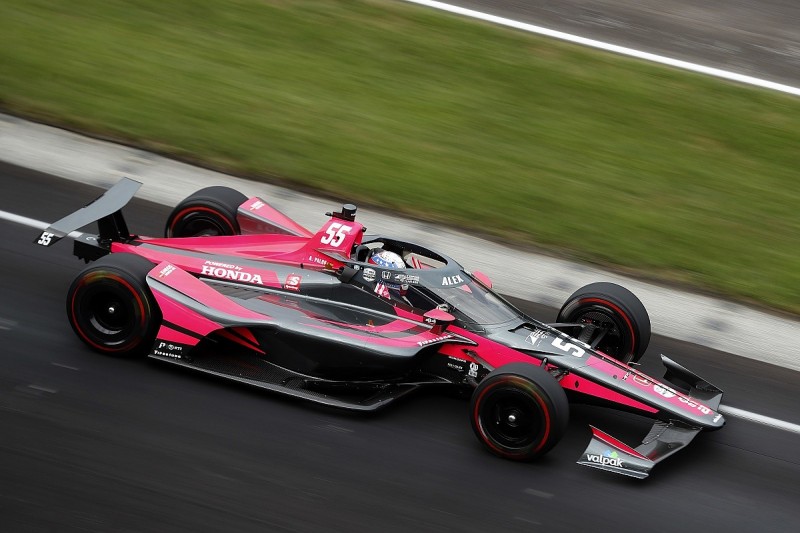 Fellow rookie Alex Palou claimed seventh for Dale Coyne Racing which meant two rookies in the Fast Nine for the first time since 2013, when Munoz was joined by Team Penske's AJ Allmendinger.

Palou, who actually produced the quickest single lap of the Fast Nine session - 231.901mph on lap one - was left pondering what might have been, due to a suspected weightjacker glitch that caused his third and fourth laps to drop into the 228mph zone.

"We had some issues on our run and the team is looking into it, but it looks like the weightjacker malfunctioned," said Palou.

"We had the speed, it was in the car, we just couldn't put the laps together. It's a shame, but at the end of the day, we are in the Fast Nine which was our first objective.

"I would have loved to be on pole, just like the 32 other drivers that are here, but it's OK. I'm not happy with my run, but overall, I'm super happy with how the week is going."

Palou, like VeeKay, looked strong in traffic, setting the best average speed over 30 laps, and managing to eke out his fuel to complete a 33-lap stint - one longer than Team Penske's Will Power, and two longer than Arrow McLaren SP's Patricio O'Ward.