On his inevitable rise to Formula 1, Esteban Ocon took time out from his 2014 title-winning European F3 Championship campaign to sample Formula Renault 3.5. His two-round cameo was unsuccessful, but taught him valuable lessons.

When future Formula 1 racer Esteban Ocon landed at Comtec for a two-round cameo in the 2014 Formula Renault 3.5 championship, he was riding the crest of a wave.

With a commanding 77-point buffer over Max Verstappen in the FIA European F3 Championship and only two events remaining, the opportunity to sample more powerful and complicated machinery in the form of the Zytek V8-powered Dallara FR35-12 - which came equipped with DRS, anti-stall and launch control - couldn't have come at a much better time.

Unsurprisingly, there was a great buzz around the team when the Frenchman, still not yet 18, arrived for the first round at the Hungaroring, as his race engineer Danny King recalls.

"We'd had a great opening couple of races with Nikolay Martsenko and then he ran out of money, so that put us on the back foot," says King, who had previously engineered Will Buller at Zeta Corse and now works with teams in the British Touring Car Championship and European Le Mans Series.

"We knew we had a great car and a great team around us, Phil Blow the team manager was fantastic, it was just so frustrating.

"We were quite desperate to get somebody involved and then we had the opportunity with Esteban, which was great for us.

"One of the other engineers in the team, Ashley Edwards, had been doing European F3 and said 'this guy is super-special, I've been watching him and he's really good' so we were really hopeful." 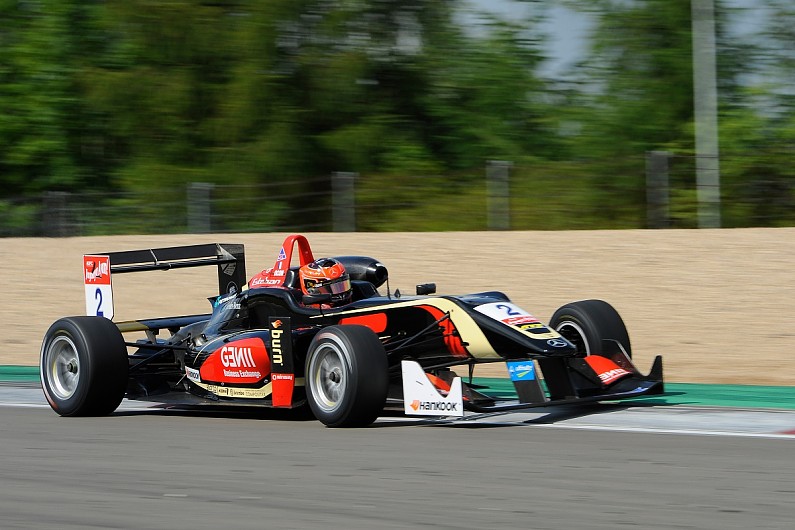 Ocon's debut outing showed all the hallmarks of devastating speed and technical sensitivity he would go on to display in F1 but, as King recalls, he was preoccupied with showing more experienced contemporaries including Carlos Sainz Jr and Pierre Gasly the way.

"It was a frustrating event," says King. "I felt that he wanted to be the fastest in every session, which you can understand coming from F3 having pretty much won the championship already.

"For example, we missed an opportunity to do another couple of laps at the end of one of the practice sessions because he was up on his lap and then spun at the last corner, which ruins the lap that you're on and the one that you go on to do."

"I don't know if it was red mist or excitement or whatever but the start was terrible, anti-stall kicked in so we went backwards" Danny King

Hampered by red flags in qualifying for race one, Ocon lined up sixth - King reckoned fourth was achievable if he'd completed his final flyer - but fluffed his start and could only recover to ninth.

"To get the thing off the line with anti-stall and a launch control system that was a bit unreliable was difficult," says King. "I don't know if it was red mist or excitement or whatever but the start was terrible, anti-stall kicked in so we went backwards.

"He got all the way back up to ninth on the opening lap and then got punted off again. It was all a bit scrappy. Ninth was OK, but there was more potential there."

As an interesting aside, a fellow debutant at the Hungaroring with Tech 1 Racing was Williams rookie Nicholas Latifi, who had enjoyed a middling rookie season in European F3 with Carlin the year before. The Canadian qualified 20th for race one and retired early on. 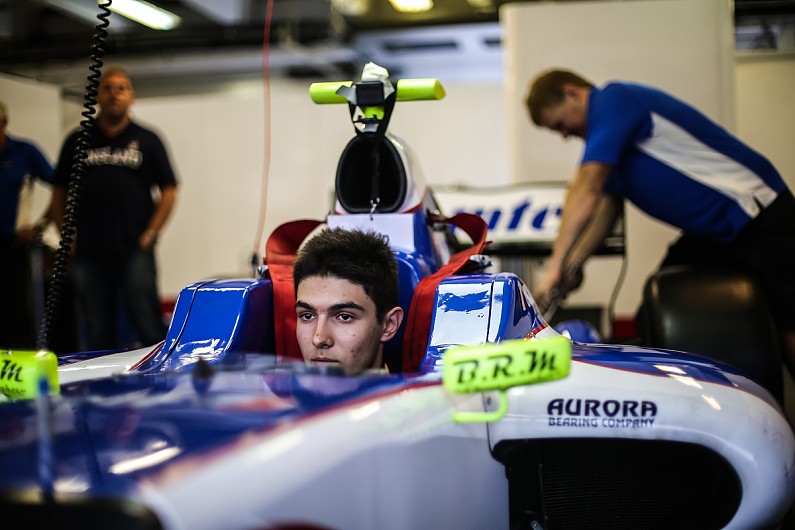 Qualifying for race two took place on a damp but drying track. Ocon had switched early to slicks and already beaten his best wet time when he was caught out on a damp patch at the Turn 11 right-hander. The damage was significant, and Comtec ran out of time before the race to make repairs.

"It was a missed opportunity," says King. "He was super good at working out where the grip was, and very sensitive to the car as well. He could have been in the top three."

Having not tested before his debut, King was optimistic that his charge would take a step forward for his next appearance at Paul Ricard. "We were worried about the car in Budapest because of the bumps but we knew that wouldn't be the case at Ricard," he continues.

"We were really happy that we had found the solution to get the most amount of downforce out of the high-downforce set-up, which a lot of the teams were struggling with. We got to Ricard, where everything is billiard table-smooth, and we thought nobody would see us for dust."

But Ocon simply didn't figure in the competitive order. He finished outside the top 10 on both occasions, forgetting to keep the DRS system open through Signes and frequently using the wrong gear exiting the chicane. Meanwhile, on his second outing in the series, Latifi managed a best finish of ninth in race two.

"We just never really got going," says King. "I think he learned a lot about how difficult World Series was." 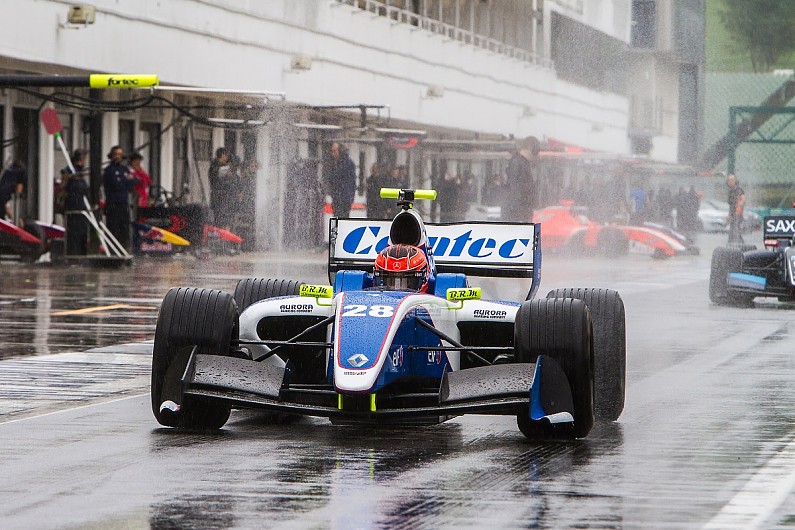 On returning to F3, Ocon duly wrapped up the championship and had his first F1 outing with Lotus in the post-season rookie test.

He went on to win the GP3 title at the first attempt in 2015, which led to a DTM drive for the first half of 2016 until Rio Haryanto's money ran out and left a vacant seat at the Manor F1 team.

Ocon was first in line for the drive and he did enough to beat fellow Mercedes junior Pascal Wehrlein to a seat at Force India for 2017, where he proved evenly matched against 'Class B' benchmark Sergio Perez.

One can bet that Ocon doesn't lose much sleep over his pair of 3.5 outings, but King believes the experience was a useful one for Ocon and helped him realise areas he needed to work on before his F1 debut two years later.

"Upping the level of the complexity of the car was a good thing for him and would have given him more tools in his toolkit," King says.

"There was so much more going on than in F3, it was still a stick-shift in F3, so still quite basic in the cockpit whereas World Series had paddleshift, paddle clutch, DRS, launch control, anti-stall, so the experience would have put him in good stead.

"Le Castellet wasn't our finest hour, but I think he learned a lot." 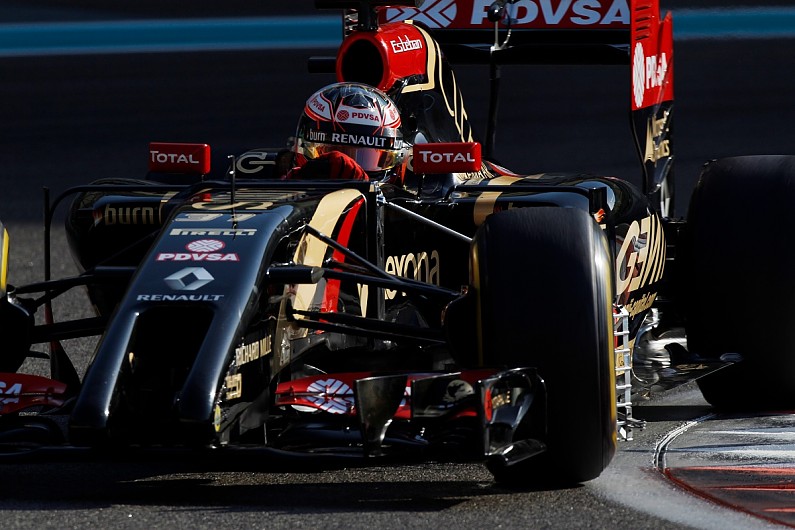