Despite speculation linking Dixon to the mooted McLaren IndyCar project, as well as existing teams Andretti and Penske, the 38-year-old will remain with Ganassi into a 19th consecutive season.

The four-time champion has scored all but one of his 44 Indycar wins with Ganassi - including the 2008 Indy 500 - and is the current points leader with four races of the 2018 season to go.

Dixon has also driven for the squad in sportscars, winning the Daytona 24 Hours twice overall and claiming GTE Pro honours at the Le Mans 24 Hours this year as part of Ford's assault.

After a difficult final IndyCar season with Chevrolet engines in 2016, and a trying year with Honda's manufacturer aerokit in '17, Ganassi has been resurgent in the first year of IndyCar's spec aerokit era and Dixon has won three races. 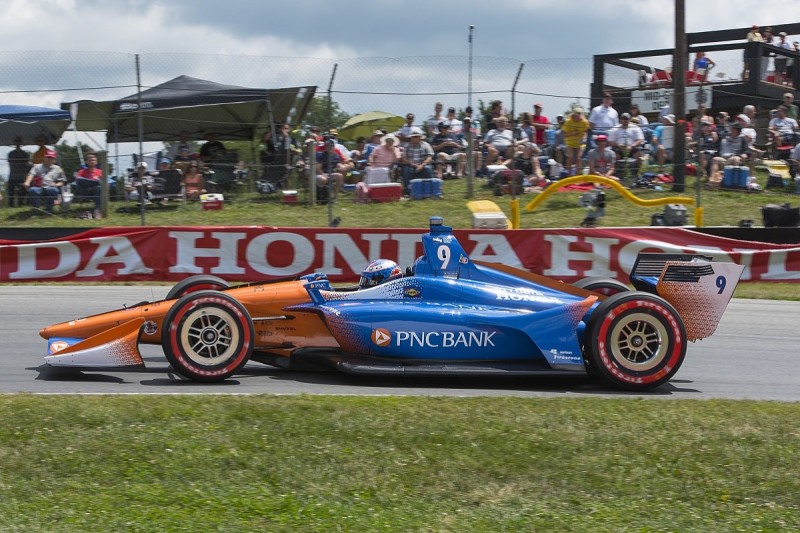 "When you mention the name Scott Dixon, the numbers and the records start to speak for themselves," said Ganassi.

"We have achieved a lot together, but there are no signs of him slowing down. He's still the guy the championship goes through, and you know you have to beat him to get on the top step.

"He's a driver that's always thinking about the next race and how he's going to approach it, attack it and ultimately win it.

"I'm very happy that we have the opportunity to continue this relationship and look forward to many more successful years together."

Dixon added: "I have always said I have a massive amount of respect for Chip and what he's done in this sport.

"This is not an easy business. His resume speaks for itself, and he's the type of team owner any driver would want to drive for.

"He gives you the tools you need to go out and get the job done, with the right group of people.

"This team has been like a family to me since way back in 2002, and I'm glad I'll be here trying to fight for more wins, championships and Indianapolis 500s for years to come."