Scott Dixon says he held "moderate" talks with rival IndyCar teams ahead of re-signing with Chip Ganassi Racing, but no option was serious enough for him to move

Dixon had been linked to teams including Penske and a prospective two-car McLaren IndyCar outfit, but he opted to sign a new multi-year deal with Ganassi on Monday and go into an 18th season with the team.

"I think there are many different levels [of talks with other teams]," said the four-time champion.

"There's general chitchat, conversations, lots of hearsay. I think there were some moderate discussions.

"But that's really all it fell to. I have a long history with [team owner] Chip. I respect him for what he does, what he's done for me and for the team, and what we've achieved together.

"If there's something rock solid [elsewhere], something that I think we need to talk about, I'm going to go to him first and we're going to discuss it and see what we can work out.

"There were many discussions. I think Stefan [Johansson, Dixon's manager] probably had many more. He and I have had a long and good relationship too.

"There is a lot of hearsay and a lot of fluff that sometimes goes somewhere, sometimes doesn't. So I feel like he does a good job of filtering that.

"To be honest it was the usual situation that we've gone through over past years, but this year there was definitely a lot more hearsay and a lot more rumblings and different things.

"There are lots of things that come into the decision and when it came down to it, it was a fairly straightforward decision.

"It got a lot more media attention just because of some of the other entities that were involved." 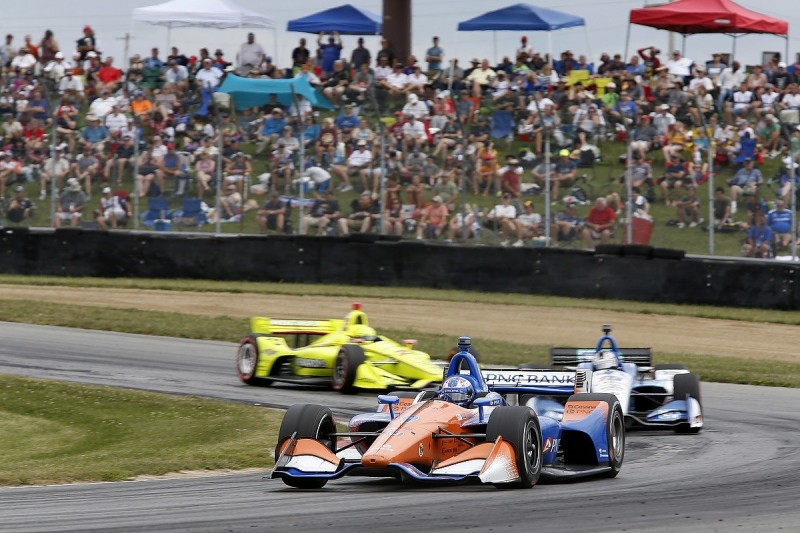 When asked why he looked outside of Ganassi considering his success with the team, 38-year-old Dixon said: "I think you'd be silly not to look at the landscape, and I'm not just talking IndyCar.

"It's other series, it's the future, things change, and I think it's good to have an understanding, whether it's for myself or whether it's for Chip, to see things, where things are moving.

"There's always a bit of a stigma on age, and a lot of people get that kind of flak throughout their careers.

"You're just doing a bit of research and looking to see, not really what options are out there, but just sort of trying to understand the landscape."

Team owner Ganassi added that he felt he was on the "same page" as Dixon during talks ahead of the new deal.