No times were issued from the test, which featured 17 runners including five guest drivers not currently racing in the series.

Sometime Caterham Formula 1 test driver and 2012 Formula Renault 3.5 champion Frijns was driving for Andretti Autosport as a reward for his efforts with its Formula E team this year.

"It's been more than two years since I drove a downforce car," Frijns said.

"Jumping back, it's not that easy. It's a big change back.

Team boss Michael Andretti recently told Autosport that while there was nothing immediately on the cards for Frijns in IndyCar, he hoped to keep the Dutchman in the fold rather than losing him to rival teams.

Rosenqvist drove for Ganassi, benefiting from the incentives IndyCar offers teams to trial drivers from its Road to Indy ladder system as he is currently competing in Indy Lights.

"The car was incredible to drive, it was unlike anything I've driven," said Rosenqvist, who returned to Lights with a double win in Toronto last weekend after missing three races due to clashing Mercedes commitments.

"There's so much downforce and so much grip, it's crazy.

"It was really fun and I think we had a good test. We got up to speed quite quickly.

"I feel really privileged to work with these guys. They've been so friendly and helpful with everything.

"It's always easy to feel like a nobody when you come into a team like this, but they've been really humble and answered all my stupid questions."

Harvey, Indy Lights runner-up for the past two years but without a 2016 seat, returned to his Lights squad Schmidt. But his run in James Hinchcliffe's regular car was cut short by a crash at Turn 6.

"Up to that point, everything was going really well," said Harvey.

"It was like a dream day up to that point. You don't want to have that sort of accident on a test day, especially when I'm borrowing someone's car. Feeling pretty bad about that."

Schmidt also fielded Lights driver Zachary Claman DeMelo, who races for Juncos in the feeder series, while its former Lights racer RC Enerson was in action with Dale Coyne Racing.

Enerson looks set to compete for the team in some of the remaining IndyCar rounds, with Coyne rotating drivers in its second car alongside Conor Daly. Luca Filippi and Gabby Chaves have alternated in that seat so far. 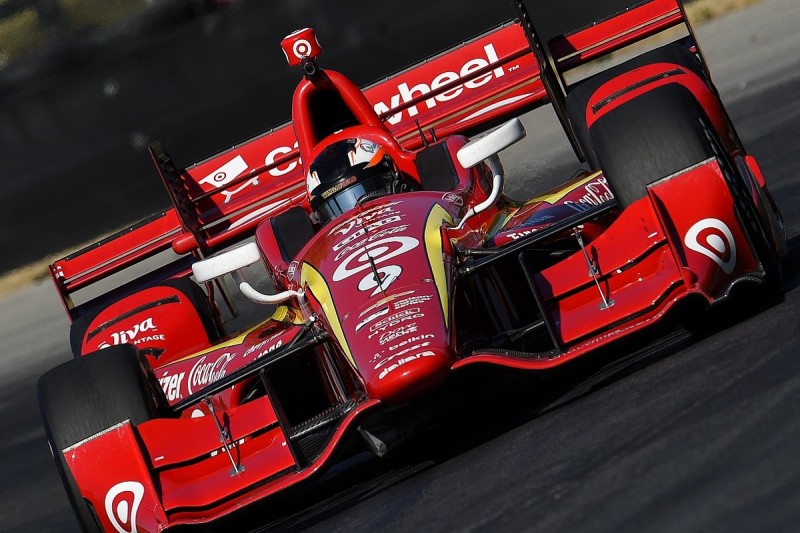