Jack Harvey will be replaced by Santino Ferrucci at Rahal Letterman Lanigan for today’s second round of the 2022 IndyCar Series at Texas Motor Speedway after crashing in free practice.

The Briton stepped from his wreck unaided and spoke to media outside the medical centre after being released, but was re-evaluated this morning and IndyCar medical team did not clear him.

An official IndyCar statement reads: “Per IndyCar protocol, all drivers wear accelerometers that measure g-forces exhibited during an incident. These get evaluated, fully, after each incident, and if the result of the g-forces surpasses the minimum threshold, drivers must be re-evaluated prior to returning to competition.

“Following the protocol, the driver of the #45, Jack Harvey, was re-evaluated this morning and was not cleared for racing. Harvey is working closely with the IndyCar medical team regarding next steps.”

Former Meyer Shank Racing driver Harvey will thus be replaced by Ferrucci, who contested five races with the team in 2021, including a sixth-place finish at the Indianapolis 500.

The 23-year-old former Haas Formula 1 junior will be making his first IndyCar appearance of the season, having failed to find a full-time seat.

In a poor weekend for RLL, with the three cars of Harvey, Christian Lundgaard and Graham Rahal qualifying between 24th and 27th, Harvey was on his 26th lap of the 1.5-mile oval in final practice yesterday afternoon when the incident happened. 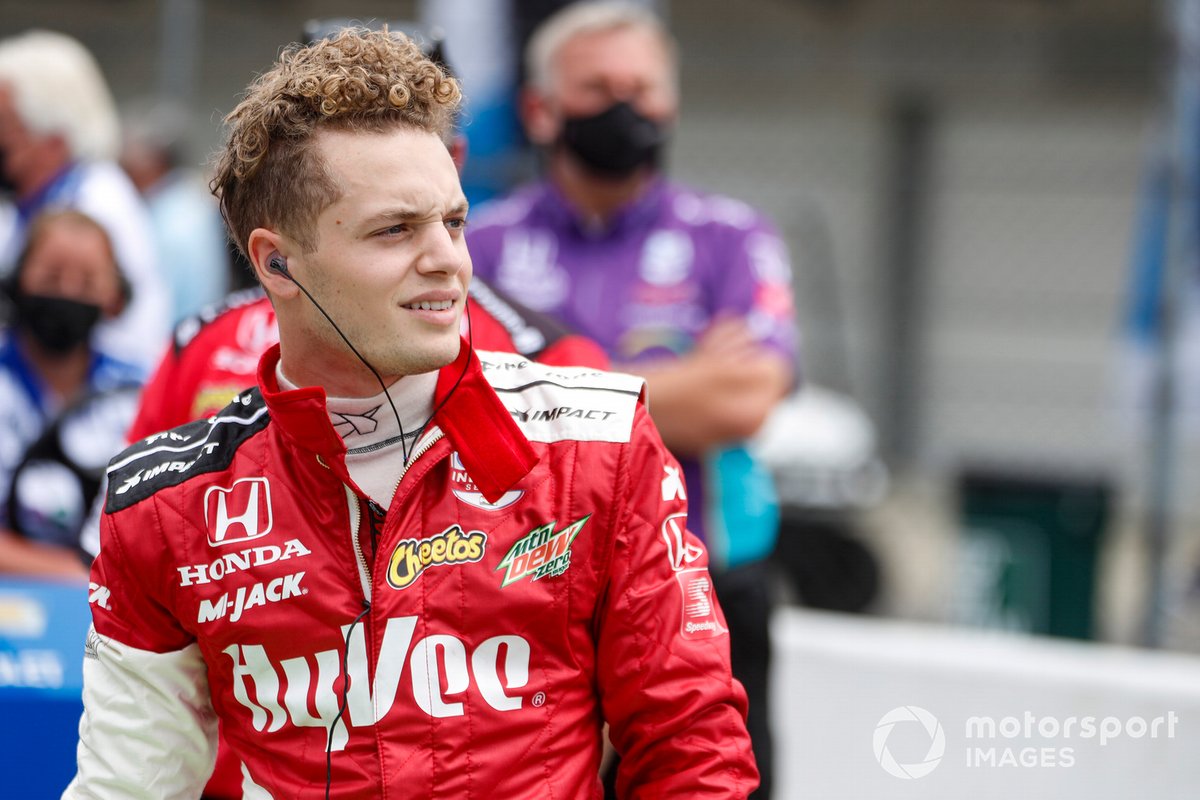 When his car understeered in the middle of Turn 2, Harvey down-changed, then his car started oversteering. Its right-rear wheel appeared barely to kiss the wall, but it was enough to unsettle the car and wrench it out of Harvey’s control.

It looped around and across the track to make heavy contact with the inside wall and then slide along the back straight to Turn 3.

The tub was cracked, so the RLL team had to build up the spare, Harvey’s chassis for the Indy 500.