Fernando Alonso's Indianapolis 500 ending in a Honda engine failure was "just shocking but not surprising", according to McLaren executive director Zak Brown

On his IndyCar and oval racing debut, double Formula 1 world champion Alonso led 27 laps and was running seventh with 21 laps to go when his Andretti Autosport-run car slowed with a trail of smoke from the rear.

The success of the Indy project had been a morale boost for Alonso amid McLaren-Honda's F1 travails.

Brown said that made the fact that a Honda problem had struck Alonso in IndyCar too all the more frustrating.

"It's gone up in a puff of smoke, which is something we see all too often," said Brown.

"We've had a very painful couple of years and this was hopefully intended as part of the programme to give us a good result.

"To be let down again as we have been is just shocking, but not surprising."

Honda had been concerned about reliability heading into the race after a number of problems through the Indianapolis month. 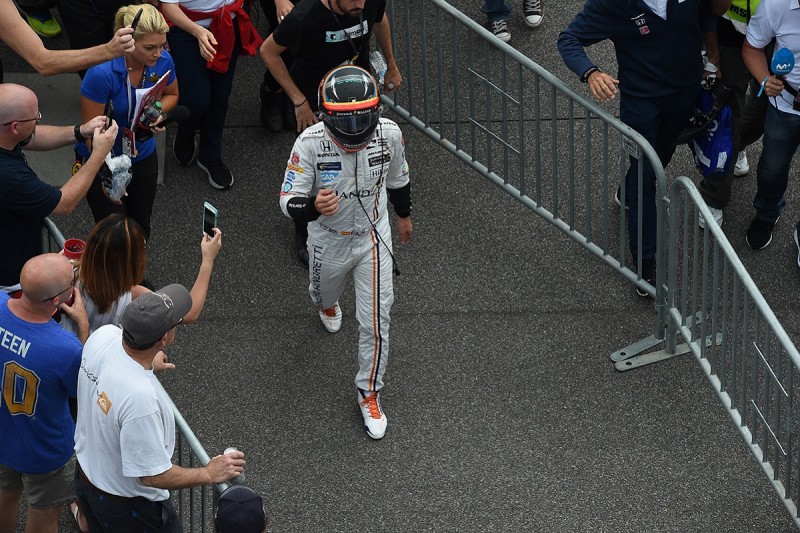 "Fernando mentioned something about halfway through the race, he thought something had gone off a little bit," said Brown.

"So that gave us a scare, but his pace seemed to be good.

"Clearly he has got a feel for the car, so I wouldn't be surprised that what he felt at that moment was what caught us out in the end, but we don't know for sure."

Alonso had lost ground amid diverging pitstop strategies in the closing stages, but was moving back towards the lead group when he suffered his failure.

Though Brown acknowledged it was "impossible to know" if a victory was on the cards, he felt Alonso would have been in contention in the closing laps of a race ultimately won by his Andretti team-mate Takuma Sato.

"I think it would have been close," said Brown.

"Given how the race finished and where he was running, it's easy now to say he coulda, shoulda, woulda won, but I think he would have been right there.

"He was mightily impressive. He didn't put a wheel wrong all month.

"Everyone was excited, you could feel the buzz.

"I think everyone wanted him to win. I bet he loved it."