Indianapolis 500 polesitter Scott Dixon says practice for this year’s race hasn’t revealed much and no one truly knows the competitiveness of their cars.

There has been much discussion about whether IndyCar’s latest aero changes have allowed the racing to improve at the Indianapolis Motor Speedway for the 105th running of the Indy 500. Throughout last week’s practice sessions with cars in race trim, it was apparent that the top three in any cluster of cars could swap back and forth, regardless of whether the leader of that group was backing off to allow that to happen, as he or she might do in a race situation in order to save fuel.

However, Dixon, who earned his fourth pole at the Brickyard and is now aiming for his second win, believes the full picture of how the racing will be has not been revealed yet.

“The leader’s definitely a sitting duck for the most part,” he told Autosport. “So yes, you will see the lead changing quite a lot.

“Further back, I think you’ll also see quite a bit of passing. Doing long runs in practice, you could see when you get to the end of a stint there were people making mistakes when their car wasn’t as good. They can’t stay tucked up behind the car in front – they get big understeer or get a bit loose – and that’s when the car behind picks them off.

“The thing is though, in these long practice sessions at Indy, if someone has a problem they often just pit, and then they go out and the car’s better because they’ve been put on new – or newer – tyres. That option isn’t available in the race if you want to stay on the lead lap. You’ve got to have a car that feels great at the start of a stint on fresh tyres and then feeling not so great when the grip’s down at the end of a stint.

“I think there’s a lot of people in practice who come out and start passing everyone ahead and they think, ‘My car’s great’, and they look better than what they actually are because they’re on new tyres and they’re going past cars who are on genuine race sims and have 20 or 25 laps on their tyres.

“Unless there’s a big difference in handling between the cars, whenever you have two guys with the same fuel load and on tyres with the same amount of miles, it is going to be difficult to make a pass. But this race is supposed to be hard, it should be tough to pass. But towards the end of a stint, there will be cars that are better than others on old tyres and so far, we haven’t seen a true picture of that.”

PLUS: Indy 500 preview: Will experience or youth be victorious at the Brickyard? 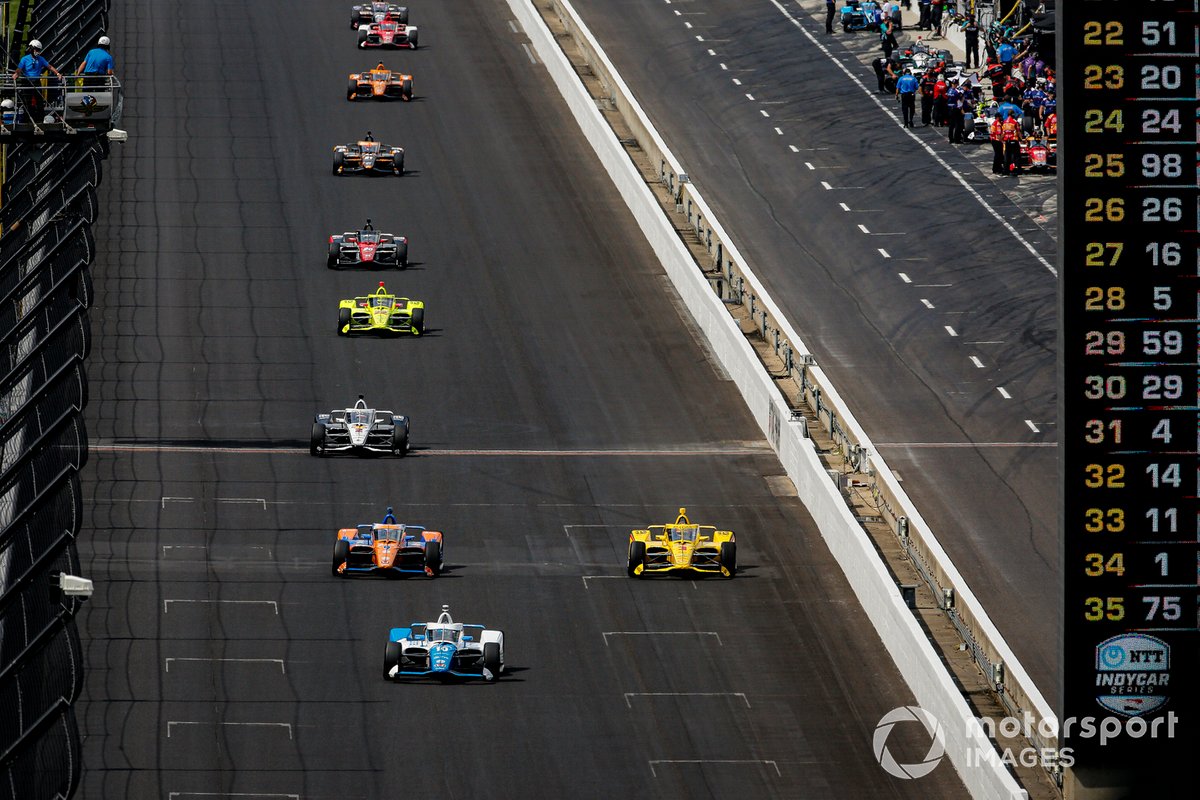 The same, he said, applies when trying to gauge fuel consumption.

“If you look at last year, even before the halfway point no one really wanted to lead and burn up more fuel,” he said. “You were starting to see situations like we had in Texas [Race 2] this year, where the pace gets drawn down so low because nobody wants to lead. We should be running 215mph at Texas and we were running 202mph [laps].

“The problem with strategy in a race as long as Indy is that you want to cover several different bases. If you’re leading, you could see one team member is getting massive fuel mileage because he’s getting 0.5mpg extra, maybe even more, by being in a pack and being on a leaner mixture, and you’re all going a similar speed. So that’s going to be several laps that you’re on the back foot, and if you do that for two or three stints relative to that guy, you’re out of the race.

“So it’s all about management of strategy. You don’t want to get too out of sync fuel-wise, you don’t want to lead for too long because it uses up too much fuel breaking the air.”

In the 2020 race, Dixon, who had taken the lead at the start from polesitter Marco Andretti, spent several laps alternating the lead with Andretti Autosport’s 2016 Indy 500 winner, Alexander Rossi. However, a messy pitstop and subsequent penalty for Rossi ended that exchange.

“The only time the fuel-save behind another car really kinda worked for us last year was when Rossi and I were going back and forth, and even that got awkward. He would sit back for a couple of laps, you could tell that they were seeing fuel numbers that they could increase, so he would go to a leaner [fuel] mixture and it became difficult for him to come back past me.

Asked about how much is pre-arranged and how much the race tactics are done on the fly, Dixon explained the situation shifts depending on circumstances.

“It’s about constant communication,” said Dixon. “Look at Texas this year, the second race. I radioed in a couple of times, ‘Hey guys, you got any ideas here? Any words of wisdom? I’m not sure what to do.’ When we let Rahal get into the lead, his first lap was like 200, and I thought ‘This is going to get dangerous’. That’s when I took the lead and sped the pace up a little bit again.

“But here at Indy you’ve got more cars, more scenarios available to try and win.” 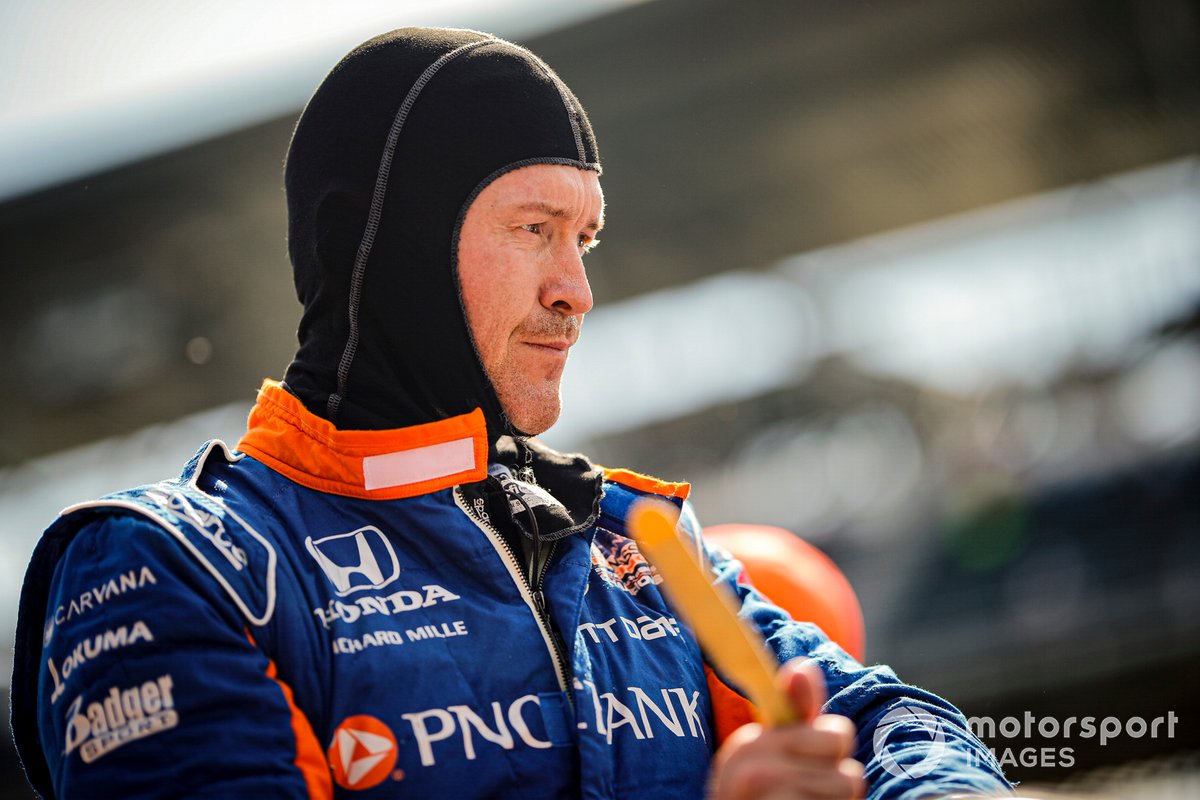 As well as excelling in qualifying – Dixon, Tony Kanaan, Alex Palou and Marcus Ericsson will start first, fifth, sixth and ninth, respectively – all four Chip Ganassi cars looked strong in the practice sessions when the cars ran with race-level downforce and race-level boost [1.3-bar] from the BorgWarner turbos. With the four Ganassi cars set to run up front, Dixon said the quartet would work together to help their own race strategies.

“It’s in the team’s best interests to do that,” he said. “A lot of it’s about where you fall after the start, where you are after the first or second stops. Sometimes you come up with these preconceived strategies and they never play out. But if you can run together then you make that work. If not, it’s every man for himself.

“Our team-mates are going to be big competition. Then I think there’s been other very strong cars in race trim, like Pato O’Ward [Arrow McLaren SP] and the Penskes. And Sato and Rahal always seem to find a way to get to the front.

“If you look at the [scoring] pylon from each day, the Ganassi cars have been at the pointy end, so I think in any configuration and in any kind of weather condition we’ve been good. It’s been easy to pull speed out of the car, it’s been easy to put up a big number, and we’ve been decent in traffic.

“A lot of it is going to be typical of any IndyCar race or any Indy 500: making no mistakes – or fewer than the others – and also having the speed, having the fuel mileage, being consistent on the day and picking the right strategy. It’s never one thing.

“A caution period could change things very quickly and quite drastically, though, so all you can do is do the best with the things you can control.”