Dixon ran one less pitstop than Rosenqvist and managed to hold off his late-charging Chip Ganassi Racing team-mate, despite the pair touching wheels while fighting for the win.

"You know, I probably would have preferred just winning the race by eight or 10 seconds as opposed to banging wheels for a few laps," said Dixon.

"But that's what IndyCar produces. We have the best racing in the world.

"To have what typically is a circuit that you can't pass [on], and to have the action that we had today is unbelievable, with what Firestone do, what IndyCar do, the split in strategies, for me even being in the car, it was full-on. Even with lapped traffic and you're trying to pass them."

Rosenqvist added that the strength of the Dallara car used in IndyCar helps instigate the close racing in the series. 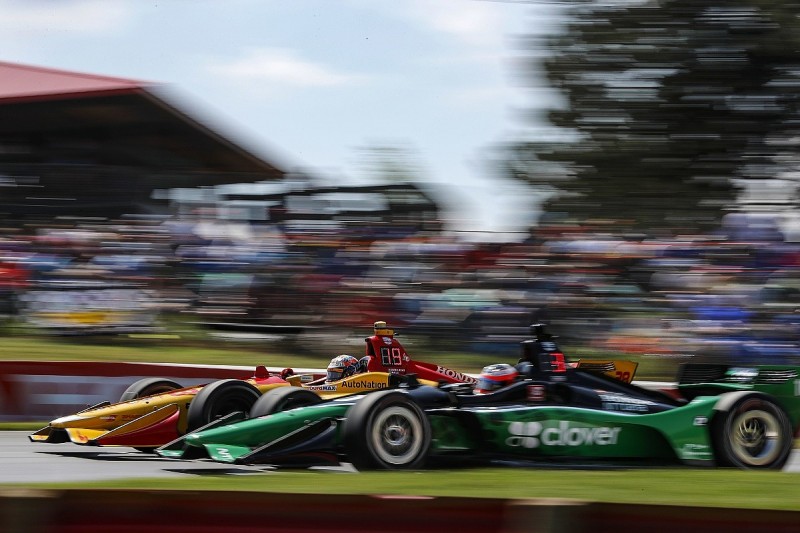 "I actually had a touch with [Max] Chilton once.

"He kind of brake-checked me in Turn 12, I think it was, and I ran into his rear wheel and my car was fine, and I think that makes up for a lot of the good racing we're having in the series."

The win was key for Dixon as he looks to overcome an uphill battle to defend his IndyCar title.

He trails championship leader Josef Newgarden by 62 points with 262 available over the final four races.