Despite IndyCar's switch from downforce-heavy manufacturer aerokits to the spec package for 2018, Dixon pointed out that this year's cars had a similar drag/downforce ratio to last year at Road America because the long straights had obliged teams to trim their cars to make them as fast as possible in a straight line.

The Chip Ganassi Racing driver, who finished third at Road America last weekend, suggested alterations should be made to allow the cars to run closer together without losing front-end downforce.

"As far as configurations [are concerned], here [at Road America] and the Indy road course are close to the packages we had last year, because we were trimmed so much in last year's configuration," said Dixon.

"I think it's a difference only of a few hundred pounds [of downforce].

"Some guys were quite trim. The hard part with this aerokit is that the trim levels are pretty coarse. It's not really fine-tuning.

"That's good, because sometimes people just get it really wrong, and we saw that [in the race].

"[But] I'm still not totally sold on the low downforce situation. I think the front wing needs to go through a bit of change to make the racing a little bit better.

"I know everybody's working on that and looking at that for the future."

The reduced number of passes being made by cars in Sunday's race was also a by-product of there being no full-course caution periods. 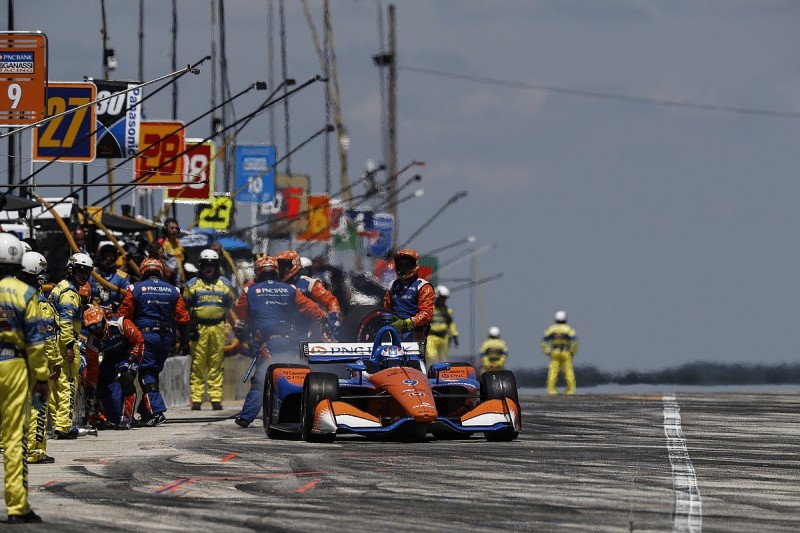 With the leading contenders trying to complete the race with three pitstops due to the major loss of time caused by pitting, the absence of cautions meant fuel-saving was required at some point in each stint.

That also meant drivers could only afford to use their push-to-pass boost allocation sparingly.