The championship's arrival at the famous 4.014-mile Elkhart Lake track in 2016 was the first top-level American single-seater event there since Champ Car's final season in 2007.

The last three races have been deemed a huge success, with high fan turnout, packed camping grounds, and drivers and teams welcoming the chance to race at one of North America's most challenging and picturesque tracks.

George Bruggenthies, president of Road America, announced during last weekend's event that its immediate future on the calendar was secured.

"Ask any driver, from nearly every discipline, especially open-wheel, and they love this place," he said.

"The track is designed to make full use of the natural terrain, with elevation changes and undulating turns that allow for intense speeds that test driver skill to the maximum.

"Combine that with our park-like atmosphere, open seating and great spectator locations and it all equates to IndyCar Series racing at its best.

"We are very pleased to continue this relationship with IndyCar and we look forward to many more incredible events at America's National Park of Speed." 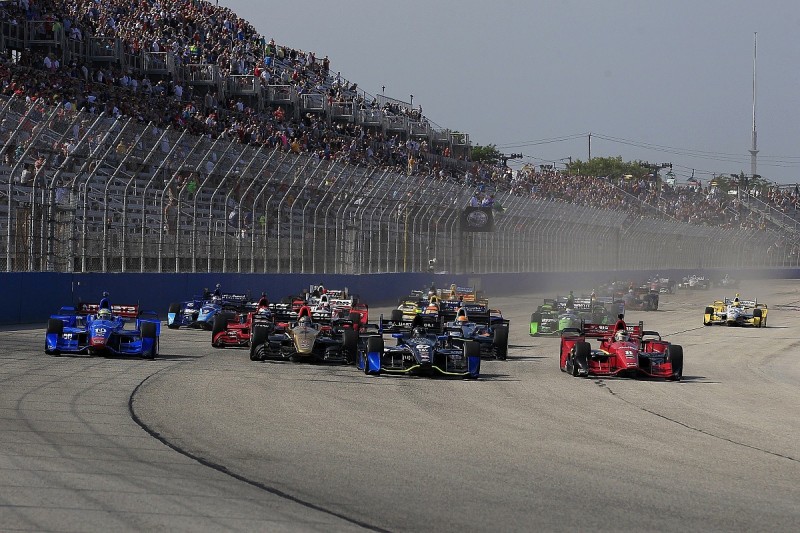 News that Road America would stay on the calendar came on the same weekend that it was revealed that IndyCar will not be returning to Phoenix - another of the discipline's historic venues.

Bruggenthies was asked about the possibility of Road America's fellow Wisconsin track the Milwaukee Mile reappearing on the schedule.

The classic one-mile oval, America's oldest racetrack, lost its place on the calendar after 2015.

There had been suggestions that Road America could get involved with a Milwaukee revival, but Bruggenthies dismissed the track's prospects of regaining an IndyCar slot.

"It'd be impossible," he said.

"Do you know what kind of investment you've got to do at the Mile to support an IndyCar Series race?

"I don't think it's going to happen there."