With Penske likely to cut back to three cars in 2018, when IndyCar reverts to a common aerokit, Chevrolet is expected to want greater representation.

Andretti was one of Chevrolet's first partners when engine competition returned in 2012, and took Ryan Hunter-Reay (pictured above) to that year's drivers' title, but it switched to Honda for '14.

"I think our Chevrolet line-up is very strong. With that said, we are exploring opportunities and options, and Andretti Autosport was a great partner of ours when we got back into IndyCar in 2012 and we have a lot of respect for that team," Kent told Autosport.

"If we were going to expand our line-up, they would definitely be on our list of teams we'd like to talk to."

Despite the manufacturer-supplied aerokits being frozen for 2017, Honda has gone from winning just two races to Chevy's 14 last year to leading its rival 6-5 in victories so far this season.

While all of Chevrolet's victories have been with Penske, Honda's wins have come from Ganassi, Andretti, Schmidt Peterson Motorsports, Dale Coyne Racing and Rahal Letterman Lanigan Racing. 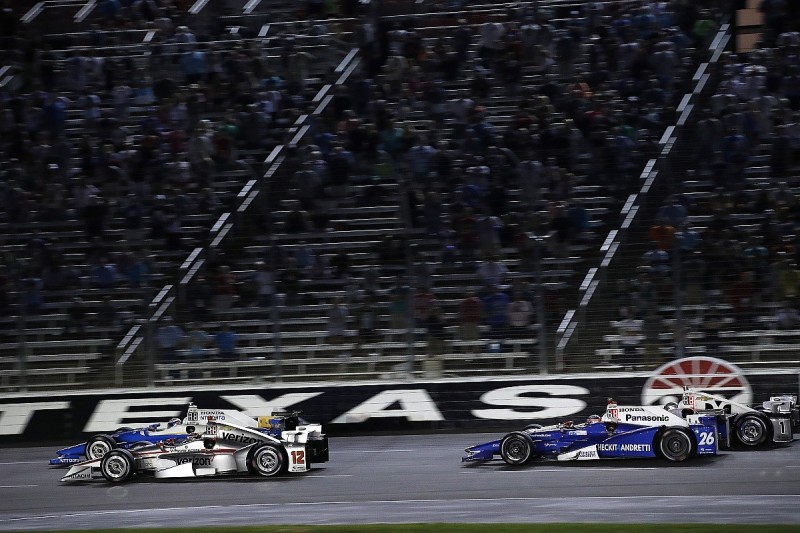 "When you have 50% more cars, the odds are in your favour," said Kent.

"But we are looking at quality versus quantity and the Chevrolet cars competing are strong and we think that quality will help us win our sixth straight manufacturers' championship.

"Ideally we'd like to have a balanced field and unfortunately, as we saw this year, a four-car team switching will swing the pendulum quite a bit in a field of 21 full-time cars.

"But we've had the opportunity to help some new teams on the track this year, Harding Racing and Juncos Racing, both of whom used Chevrolets to compete at Indy, and both those teams are aspiring to join full-time next year.

"So hopefully as the field grows we'll get more of a balance."

Asked if he might be prepared to offer a cut-price engine deal to help lure a team over from Honda, Kent replied: "Racing is a sport but it's also a business and we need to run it as a business.

"We're responsible to our shareholders and we need to justify the investment, so we have to look at who's available and what it would take to have them join the Chevrolet camp if we elect to grow that camp.

"We need to make the most educated decision to go forward."

Michael Andretti declined to comment on the chances of his team switching back to Chevrolet engines.