Dale Coyne Racing is expanding to a three-car line-up to field Ferrucci alongside Sebastien Bourdais and Pietro Fittipaldi at Portland and Sonoma next month.

Ferrucci was given a two-round ban by F2 for colliding with Trident team-mate and fellow Haas junior Arjun Maini on the cool-down lap at Silverstone in July, and subsequently dropped by the team.

Earlier this year the 20-year-old American had made his IndyCar debut with Coyne at the Detroit double-header as one of Fittipaldi's injury stand-ins.

"I truly enjoyed my time with Dale Coyne Racing in Detroit earlier this season and I couldn't be more excited to be back with them for a couple more races as I look to the future and enter the next chapter of my career," said Ferrucci.

Ferrucci retired from his first IndyCar race after a hit from Charlie Kimball before finishing 20th on his second attempt but only after a collision and spat with Spencer Pigot. 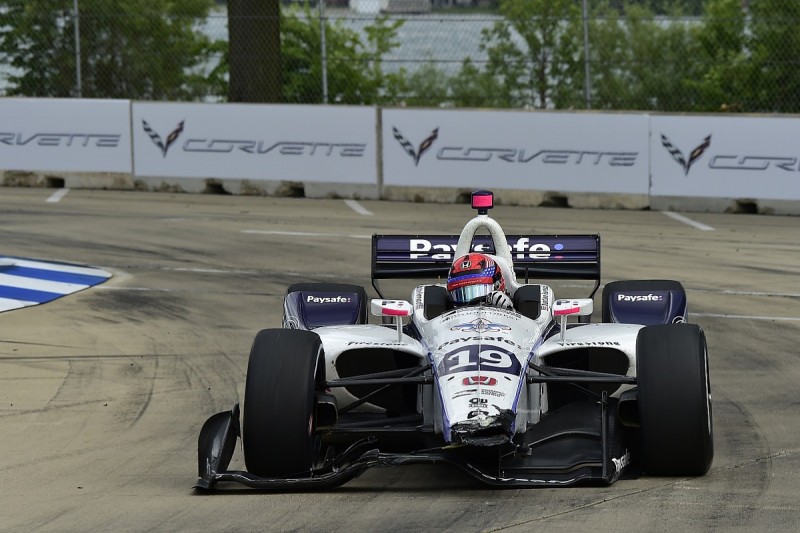 DCR team owner Dale Coyne said Ferrucci had made a good impression on his previous appearance.

"We were very impressed with Santino at Detroit this year, and not just by his performance behind the wheel, but also by his professionalism and maturity outside of the race car," Coyne said.

"We've had lengthy discussions with Santino in the past few months and we're excited to have him back for the final two rounds of the season."

IndyCar is introducing a new F1-superlicence-inspired system for new drivers for 2019, and Autosport understands Ferrucci would currently have difficulty obtaining a full-season licence under the planned criteria.