Mercedes DTM boss Ulrich Fritz is not surprised Robert Wickens has established himself as an IndyCar frontrunner in 2018, because the touring car series prepared him well for the switch

Wickens was released from his Mercedes DTM contract a year early to pursue an IndyCar career with Schmidt Peterson Motorsports, having filled in for Mikhail Aleshin in Road America practice during 2017 and conducted a ride swap with childhood friend James Hinchcliffe at the start of last year.

The SPM rookie quickly made an impression in IndyCar as he contended for victory in his debut race in St Petersburg before contact with Alexander Rossi ruined his race.

He has since registered four podium finishes in IndyCar and outperformed experienced team-mate Hinchcliffe until the team stalwart's resurgence following a staffing shake-up after the Indianapolis 500.

Fritz says he always expected Wickens to perform in IndyCar.

"We know what he likes and what kind of car he likes so for me it was pretty clear how he would perform in IndyCar," Fritz told Autosport.

"With us not able to give him a long-term perspective - we would have had a contract - but in the end I was convinced that if he could do something else he should do it.

"The thing about Rob is that he is quite universal. He just drives whatever he gets and that helps him.

"And I think that is perfect for him because the car is more or less overpowered compared to the DTM car and you just need to get on with what you have, especially as a lot of the parts are category [spec] parts you get it more or less from stock, I guess that's basically a strength." 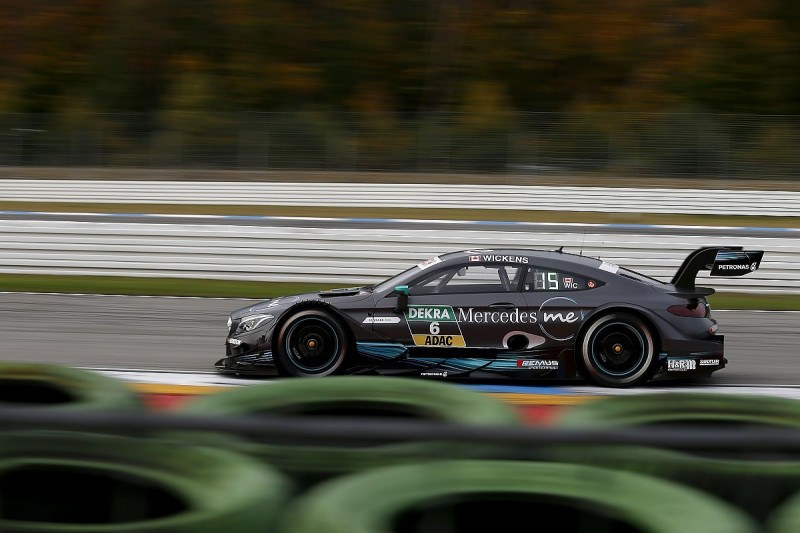 Wickens told Autosport ahead of his maiden IndyCar season that the DTM's open development would be a useful tool in his rookie year.

"There's a lot of carry-over from DTM to IndyCar," he said. "DTM is such a technically complicated car, it is the pinnacle of touring car racing in my opinion with the development and the budgets that go into it.

"I've done years in DTM where there were no car homologations and it was just open development like Formula 1.

"You're constantly evolving the car. I think there's a lot of experience that I've had over the years that some people in IndyCar have never experienced.

"I have raced at such a high level over the last six years and I've worked with a manufacturer on developing cars. Over here it's more or less spec cars.

"Sometimes looking at a different championship, or a different series, or even a different sport, there's a lot of kind of methods that people are taking from other categories.

"I think that's where you find your advantages, in doing things that other people aren't."