Andretti Autosport does not head into the 2019 season as title favourite despite its resurgence last year, according to the team's chief operating officer Rob Edwards

Team-mate Marco Andretti added a fifth pole, while an Andretti car led the most laps in a race on six occasions last year.

In the first year with IndyCar's spec aerokits, Michael Andretti's team was said by its rivals to have found the best street-course set-up, a road-course package to rival Penske's and also ran the Honda engine - deemed by most to be ahead of Chevrolet.

With so few areas open to modification in the engine regulations for 2019, it is assumed that Honda will retain much of its advantage this year.

But Edwards said believing Andretti was favourite for the title would be foolhardy given the strength of Ganassi and Penske and the spread of the IndyCar field.

"I think the surefire way to screw something up is to consider yourself the favourite!" Edwards told Autosport. 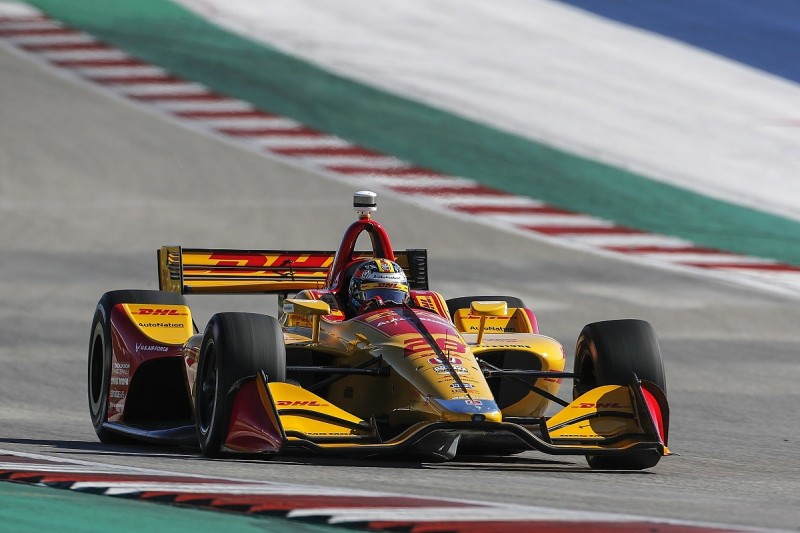 "We have a strong belief in our capabilities and we go to every race believing that we can win. But you have to keep reminding yourself of the depth of the field.

"We talk about it all the time, but it's true how competitive the IndyCar series is.

"If you're really going to challenge for the championship, you can't afford to have a bad weekend.

"You've got to turn up with your A-game every race."

"I think there's no doubt our damper programme has made huge strides," he said.

"We can remember just two years earlier how the Andretti cars couldn't get out of their own way on street courses - Long Beach and Detroit spring to mind as obvious examples.

"We're super-proud of the work from all our guys to get us to where we're now at.

"Do we have an advantage? [It] depends what everyone else has done this off-season.

"We always tell ourselves that we can't stand still or we're going to get caught and passed, so we're always thinking, 'What do we need to do next?'

"If we understand properly what it took to turn the programme around over the last two years, then we should be able to continue in that same vein and make gains."

Ahead of this weekend's IndyCar season opener in St Petersburg, David Malsher has analysed the prospects of all of IndyCar's full-time teams - including Andretti Autosport. 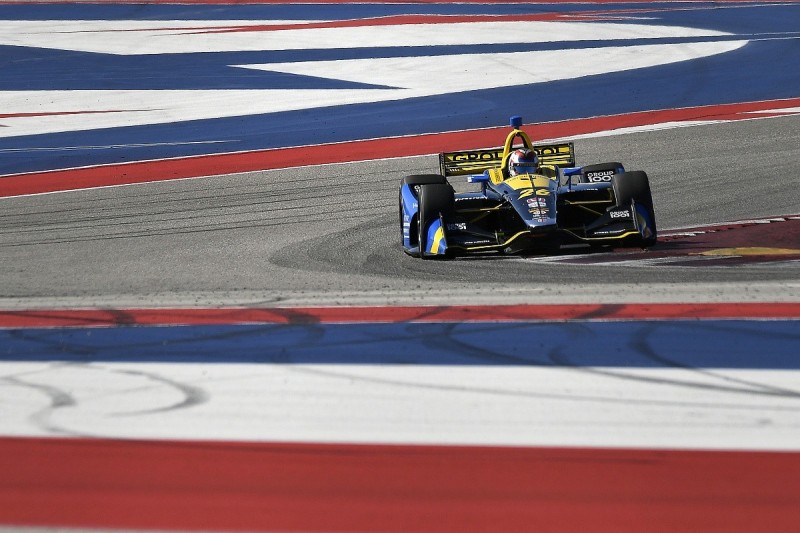 With five wins between them in 2018, expect both Rossi and Hunter-Reay to be in with a shot at the title. Rossi has now proven he's got the all-round game to tackle the might of Ganassi and Penske drivers, and combines it with a supremely aggressive approach to passing.

Hunter-Reay's pace hasn't diminished one iota in his 200-plus Indycar races and on his best days he's unbeatable, but eliminating errors and avoiding awful luck are essential for a strong championship challenge.

Marco Andretti has to regain his confidence with an inherently loose car - this one does at least feed his craving for 'feel' - and a new race engineer, Mark Bryant, may help. Veach, in only his second year, just needs to keep doing what he's been doing - building up experience and confidence. A podium finish or two should be possible.