It marks the first time that Foyt has kept its drivers for a second season since 2016 when it retained Takuma Sato and Jack Hawksworth as its full-time drivers.

Foyt signed a new deal with ABC Supply when Kanaan joined following his exit from Chip Ganassi Racing, and the team confirmed that it will remain into 2019 despite rumours to the contrary.

The revised Foyt line-up's best result was seventh in the second Detroit race through Kanaan, and Foyt admits the year is a "transition".

"The other teams have had more consistency but that's what we're trying to build now. We feel like we're headed in the right direction.

"Permanent road courses have been our biggest problem, but actually we're quite optimistic for here [Road America].

Foyt confirmed that the team would continue to run Kanaan's #14 car from its newer Indianapolis race shop and Leist's #4 car from its Texas base.

"I know, it's a bit of a unique way of doing things," he said, "but we have so many good people in Texas so uprooting them to move to Indy doesn't make sense.

"Most of the engineering is up in Indy now, so they're together, and it's mostly mechanics for the #4 car that we have in Texas.

"It's not ideal, but it's not disruptive. From mid-April until last week, we were all in Indy anyway so we have a lot of time together." 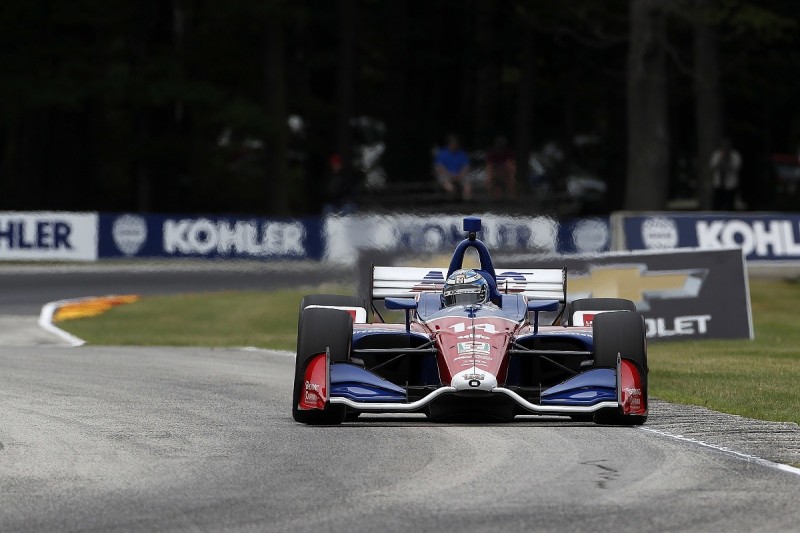 Kanaan told Autosport recently that he had expected the 2018 season to be a "big challenge".

"When we signed a deal in October last year I knew it would be a big challenge as did AJ," he said.

"We rebuilt the team from scratch, we already have much better results than last year but it's still not good enough for me.

"We know exactly what we need to do but it doesn't happen just like that. So far, we had three top 10s and a couple of mechanical failures here and there.

"I would say it's been what we expected and it was not good enough for me. Like I said to AJ, I think it'll be a case of slowly making it better and that's why we signed a long-term deal because we couldn't change it overnight.

IndyCar drops Phoenix from its 2019 calendar after poor attendance