IndyCar team boss Sam Schmidt was disappointed Marcus Ericsson was an unused substitute by Alfa Romeo at Formula 1's Belgian Grand Prix, and reckons his driver is "pretty pissed" too.

Ericsson missed the penultimate round of the IndyCar season at Portland after being released by his Arrow Schmidt Peterson Motorsport team to fulfil his reserve driver role at Alfa at Spa.

Kimi Raikkonen had a leg injury but ultimately took part in the whole Belgian GP weekend, while Conor Daly deputised for the sidelined Ericsson at SPM.

"I don't know for real what's going on over [at Alfa in Belgium], because I was told Raikkonen was totally out for this weekend," said Schmidt.

"That's why they needed Marcus, and then he gets over there and he doesn't get an opportunity.

"He's pretty pissed, because he wanted to be here, and he's been driving well lately, so we were disappointed too.

Ericsson told Swedish broadcaster Viasat that he was brought in as an "emergency" and with "such a real chance of racing". 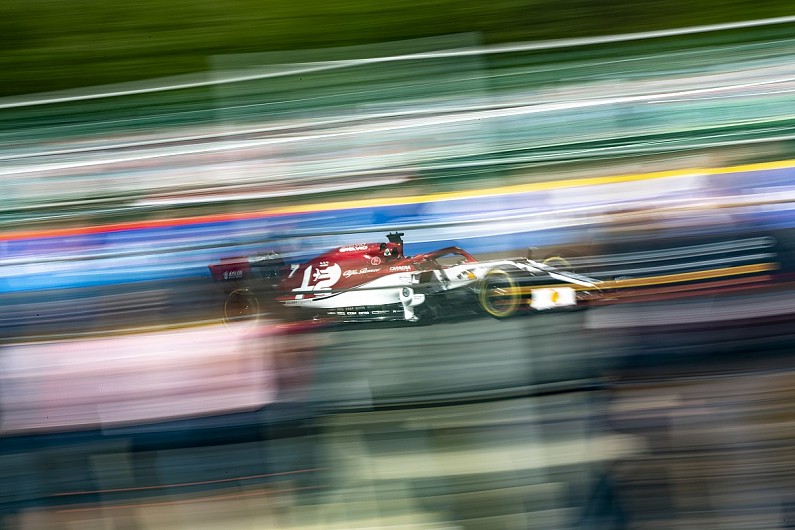 He said the fact it was not announced before Thursday at the Belgian GP complicated the situation.

"[It] resulted in a few question marks and it came out in a weird way," said Ericsson.

"It was a bit of a special week, that's for sure."

Ericsson said that at the start of the week Raikkonen's situation appeared worse than it proved to be by the time they got to Spa.

When it was put to Ericsson that it must sting a little to miss one of the two final races of his rookie IndyCar season, Ericsson replied: "Of course it does.

"I'm racing for a new contract there for next year and, of course, every time you get to race it's an opportunity to show them what you're made of.

"So of course it's not optimal, but there was such a real chance of me racing this weekend that the decision was made for me to be [at Spa].

"Both Kimi and the team agreed that it was very uncertain that he was going to be able to race.

"It's not the optimum situation for me, but that's the case sometimes."

Ericsson said he will return to his IndyCar seat at Laguna Seca but will also attend more F1 races with Alfa.

He is keen to stay in IndyCar next season, but his future at Schmidt's team is uncertain after its McLaren deal, and James Hinchcliffe has subsequently been re-signed.

Schmidt said Ericsson is "absolutely in the mix" to keep his drive, and believes the Swede could "do amazingly well with a season of experience".

"What he's done in the races [as opposed to qualifying] has been fantastic," said Schmidt.

"Sure there have been mistakes, but the speed is there, so there are many, many upsides to keeping him on."