Marcus Ericsson could return to the Formula 1 grid at the Belgian Grand Prix, and has travelled to Spa instead of heading to Portland for the next IndyCar round.

Ericsson will be at Spa on duty for the Alfa Romeo team, with which he is official third and reserve driver.

Sources have indicated there may be an issue that could prevent the team's regular race driver Kimi Raikkonen from competing and Ericsson was understood to be travelling to Belgium on Thursday morning.

The team's official position is that there is no plan for Ericsson to race but he is required as the reserve.

Ericsson lost his drive at the Sauber team after the 2018 season, while Raikkonen and Antonio Giovinazzi formed an all-new line-up as the entry adopted the Alfa name for '19.

The Swede has remained associated with Alfa and dovetailed his reserve role with a full-time IndyCar programme for the Arrow Schmidt Peterson team in the United States.

Raikkonen and Giovinazzi were named on Alfa's official media schedule for the Belgian GP earlier this week, while Ericsson should be at Portland for the next round of his rookie Indy campaign.

But Ericsson was in Stockholm until early Thursday morning, when he would normally be out in the US ahead of the race weekend, and SPM then issued a statement saying he would be replaced by Conor Daly for Portland "following a request from Alfa Romeo Racing for Marcus Ericsson to be on the ground at this weekend's Formula 1 Belgian Grand Prix".

Daly has completed a part-season with Carlin in IndyCar this year and also contested the Indianapolis 500 with Andretti Autosport. He raced at Indy with SPM in 2015.

Alfa released its official race preview on Thursday, with both normal race drivers quoted and no indication of an impending change.

F1's rules give teams until Friday to decide who will take part in practice, so a final call in the morning would give Alfa more time if Spa expert Raikkonen still wishes to take part. 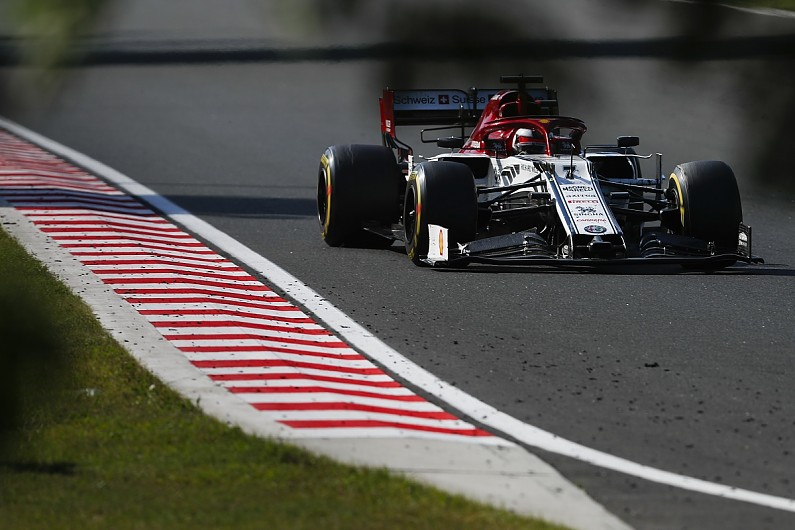 Should Ericsson replace Raikkonen in Friday practice, the rules would still allow Raikkonen to return on Saturday and complete the remainder of the weekend, although such a scenario would be unlikely.

Ericsson has had a difficult first season in IndyCar, scoring a podium finish with second place in Detroit but lying only 17th in the championship after multiple missed opportunities.

His future in the series was thrown in doubt following the announcement of his Schmidt Peterson team's collaboration with McLaren for 2020.

Ericsson left F1 after his most competitive season to date, having scored points in six races, but also trailed rookie team-mate Charles Leclerc 39 points to nine in the final standings last year.

Should Ericsson return to F1 action he would have the opportunity to score points again immediately, as Alfa is one of the most competitive cars in the midfield.

He has already driven the car this year, in a Pirelli tyre test in Austria.

Alfa is locked in a fierce fight for fifth in the constructors' championship but the points disparity between its two drivers means the team is only seventh, eight points behind Renault and 12 points behind Toro Rosso.

Raikkonen has enjoyed a fine first season at Alfa since leaving Ferrari, scoring 31 points to lie eighth in the championship.

But Giovinazzi has struggled, and is 18th in the standings with just one point to his name.