The Rahal Letterman Lanigan Racing IndyCar team has defended its driver Takuma Sato over his part in the five-car opening lap crash at Pocono last weekend.

Andretti duo Alexander Rossi and Ryan Hunter-Reay ran side-by-side with Sato on the opening lap heading towards the second corner before the RLLR driver appeared to squeeze Rossi, leading to a collision that took out all three drivers as well as James Hinchcliffe and Felix Rosenqvist.

Rossi hit out at Sato's driving in an interview with NBCSN, while NBC commentator Paul Tracy called for Sato to be banned for one race.

The ongoing criticism has prompted RLLR to release a statement, saying: "Following the events on lap one of Sunday's IndyCar race at Pocono Raceway, we are relieved that all drivers emerged unhurt from the crash.

"Normally in a situation of this nature it is not necessary for a team to comment but, following the accusations levied at Takuma Sato, and after reviewing Takuma's onboard data and camera, we feel that a clarification is necessary.

"The data and video clearly show that Takuma did not turn down the track into Alexander in this incident and, in fact, the first steering wheel movement made by Takuma was to the right, as he tried to correct his car after the initial contact.

"This sort of accident is part and parcel of this type of racing and with track position being vital at every stage of each race is, in our view, a part of the sport.

"It's a racing incident and we as a team wish to publicly state that we stand behind our drivers and have absolute faith in their ability to race and perform at the highest level for RLL.

"This was a racing incident which unfortunately may have some championship implications.

"A crash at Pocono impacted our title aspirations in 2015 while second in the standings, so we know the frustration drivers and teams experienced.

"As always, we are thankful for the quick response of the AMR Safety Team." 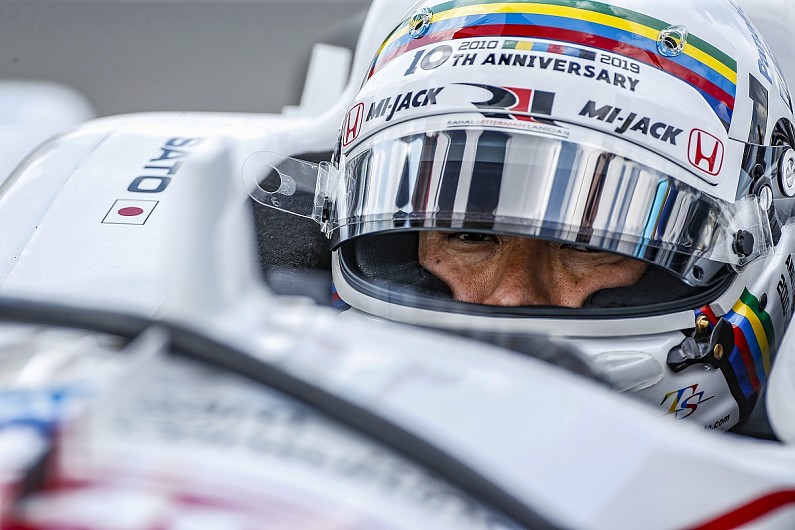 Pocono's place on the calendar again came under scrutiny one year after Robert Wickens's IndyCar career was put on hold after he suffered serious injuries in a crash at the same track.

After this year's incident, Rosenqvist was taken to hospital after going airborne and landing on top of the safer barrier. He has since been cleared to take part in this weekend's Gateway race.

Three-time Indianapolis 500 winner Dario Franchitti, who mentors Rosenqvist, took to Twitter to explain why it is difficult to apportion blame for the crash.

"Glad everyone walked away from yesterday's crash," he wrote.

"Every angle tells a different story, on such a wide track it's impossible to stay totally straight due to [a] lack of lines to give the driver visual clues, seams on the Tarmac and disturbed air both of which move the cars around."

2/2looks like 2 move 1 way & 1 another, with cars running mm apart you get the accident we saw. That's my view from watching replays (with a reasonable amount of experience in such situations) I totally understand that the drivers involved have differing views from each other!

Dale Coyne Racing's Sebastien Bourdais responded to Franchitti on Twitter to call for drivers to show more respect towards each other.

I would not have written the story any better. The only thing I would add is a little more respect, meaning space between each other would go a long way and prevent most of those accidents. Thankfully this time, nobody paid the price...