Colton Herta claimed his first IndyCar pole position at Road America, beating Alexander Rossi to the top spot as the pair traded places at the top of the timesheets.

Herta, who is now IndyCar's youngest polesitter, set a lap time of 1m42.992s, which was less than two tenths of a second faster than Rossi.

Herta and Rossi topped their respective opening sessions, then locked out the top two spots in the second round of qualifying as well.

Will Power will line up third for tomorrow's race, just over three hundredths of a second off Rossi's pace, while his Penske team mate and defending Road America winner Josef Newgarden will start fourth.

Rahal Letterman Lanigan pairing Graham Rahal and Takuma Sato completed the Fast Six runners, with everyone in the final part of qualifying covered by less than nine tenths of a second.

Four-time Champ Car champion Sebastien Bourdais just missed out on a chance to compete for pole position, being bumped out of the top six late-on in the second qualifying session - he will start seventh. 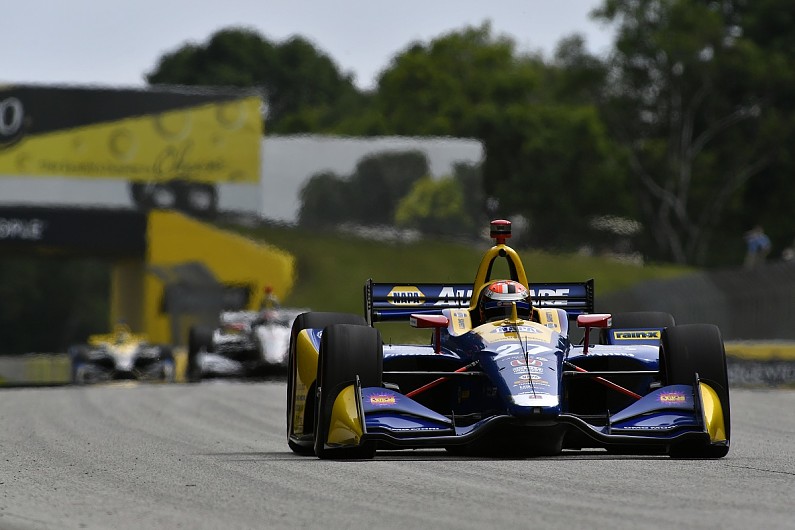 It was a similar story for Marco Andretti, who set what looked to be a fast enough time until he too was knocked out late on. He rounded out the top-10, behind Spencer Pigot and James Hinchcliffe.

There was a number of early casualties, the biggest being Scott Dixon.

The five-time champion left it too late to set a time to advance to the second part of qualifying, but then suffered an engine issue on his way back to the pits between sessions. With him unable to set a lap in the second round, he had to settle with 12th place on the grid.

Dixon however will start ahead of Ryan Hunter-Reay, Indy 500 winner Simon Pagenaud, and team mate Felix Rosenqvist, all of who failed to put a fast lap together in the first round of running.

Like Dixon, fellow Honda runner Santino Ferrucci also suffered with an unspecified engine issue which sidelined him early on.