The Hendrick Motorsports driver led home team-mate Alex Bowman, who secured his place in the next round of the post-season with the result.

It was very nearly a different story for Elliott though.

He had been the quickest driver for much of the 109-lap race and won stage two, but a lock-up on a restart early in the final segment of the race sent him careering into the barrier at Turn 1.

The damage from the shunt was minimal however, and Elliott was able to once again capitalise on his Chevrolet's strong pace to move up from 37th to the lead in 37 laps after passing both Martin Truex Jr and Kevin Harvick - the latter had assumed the lead after Elliott's mistake and had led much of the final stage.

Harvick eventually finished third behind Bowman, with Clint Bowyer, Brad Keselowski, and polesitter William Byron all getting by Truex late on.

There was nine caution periods in the race, including one for a spinning Bubba Wallace, who was turned by Bowman in retaliation for being 'flipped off'. 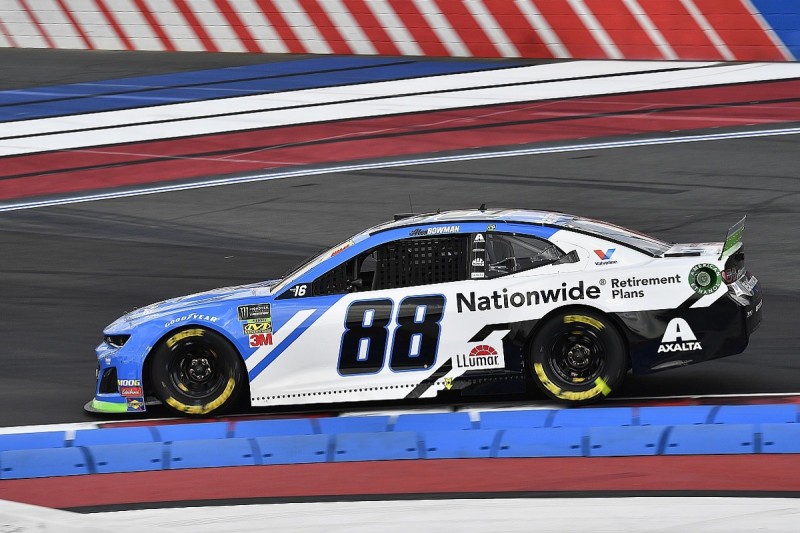 The feud continued after the race with Wallace throwing a drink over a fatigued Bowman. Many of the caution periods came as a result of spins at the newly-reprofiled back stretch chicane, although not every spin at that part of the track resulted in a yellow flag in what was an evening of questionable calls from race control.

A single red flag was also brought out in the closing laps of the race while fluid from backmarker Garrett Smithley's car was cleaned up.

The stoppage was made to prevent the race from losing any more green flag laps. During the red flag period, Kyle Busch elected to retire from the race.

At that point he was three laps down due to an earlier flat tyre, but had already secured his playoff spot.

Following the conclusion of the first stage of the race, Bush, Denny Hamlin, Joey Logano, and Brad Keselowski all locked themselves into the next stage of playoffs in addition to Truex and Harvick who had already been confirmed to advance.

Elliott's stage two win also locked him in on points, although his overall win cemented that. Stage one winner Kyle Larson also advanced, along with Bowman, whose second-place finish in the race proved key to his playoff ambitions.

While running in second place he looked set to miss out on advancing by a single point until Ryan Newman, who he was battling with in the standings, missed a chicane while fending off Aric Almirola further down the field in the closing stages of the race.

The result left Bowman and Almirola equal on points, but with the tiebreaker being the best race result in the round, Bowman's second place in this race clinched it.

Blaney advanced with 10th place in the standings. His position hung in the balance during the race after he slowed with damage.

William Byron and Clint Bowyer claimed the final two advancement spots at the expense of Almirola, Newman, Kurt Busch, and Erik Jones who needed to win this weekend to advance, but retired on lap 24 with a punctured radiator. 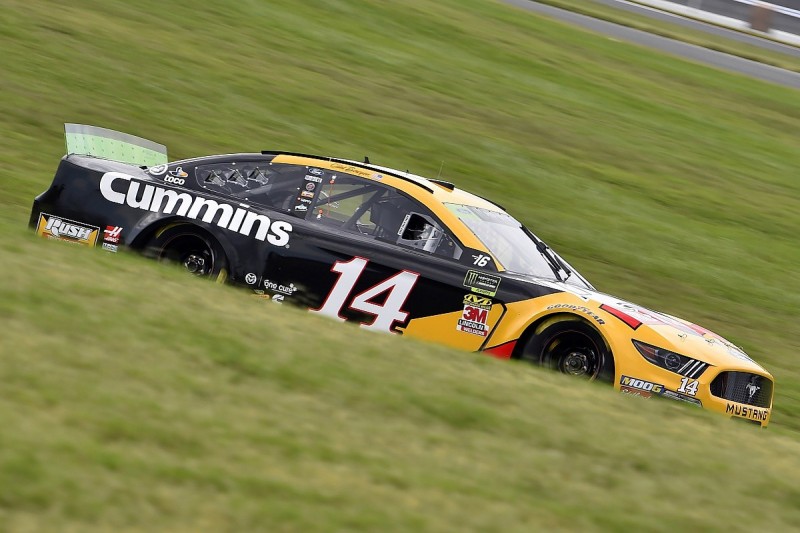