Leading British single-seater outfit Carlin has announced it will join IndyCar in 2018.

Carlin has signed its former GP2 driver Max Chilton to partner his ex-Ganassi team-mate Charlie Kimball in its two-car line-up, while Chevrolet will be its engine supplier.

The team has raced in America since 2015 when it joined the IndyCar-supporting Indy Lights series, and took '18 Ganassi racer Ed Jones to the drivers' title the following year.

Carlin attempted to join IndyCar ahead of the 2017 season in a link-up with KVSH Racing, although the deal fell through when it failed to sign Mikhail Aleshin.

Team boss Trevor Carlin stated in September that the "right moment" was approaching for his team to join IndyCar.

He said Carlin's IndyCar move marked the achievement of a "long-term ambition".

"We're delighted to finally be able to announce our entry into the IndyCar Series, the result of a long-term ambition of the team," said Carlin.

"To be joined on that journey in our debut season with drivers we already have a race winning history with in Max and Charlie, is beyond what we could have expected.

"By no means do we underestimate the challenge and competition that lies ahead, but I have great faith in the young and passionate team that our team manager Colin [Hale] and I have put together." 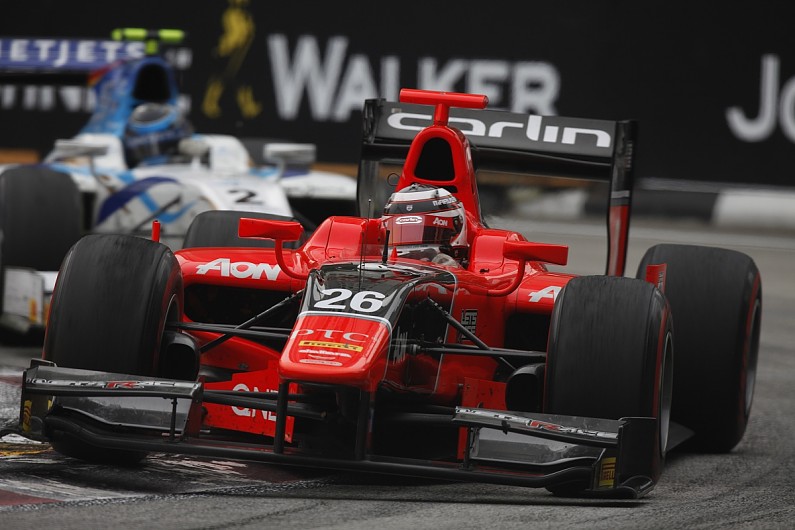 Chilton was a race winner in British Formula 3 and the then-GP2 Series (pictured above) with Carlin and followed up a stint in Formula 1 with Marussia with an Indy Lights season with Carlin in 2015.

He then graduated to IndyCar with Ganassi but exited the team at the end of 2017, alongside Kimball, as Ganassi opted to run a two-car team for next year.

Chilton said Carlin's experience of racing in spec series will help it transition in IndyCar.

"Carlin being the first British team to enter the IndyCar Series in the modern era is a result of a lot of hard work and ambition," Chilton said.

"IndyCar is exceptionally competitive, but the introduction of the new aero package will help level the playing field slightly.

"I know that finding the maximum in a spec series like this is where Carlin really excels."

Kimball last raced for Carlin when it ran the Victory Engineering Team in the World Series by Renault back in 2007 and said he and Chilton would complement each other.

"It seems like everything fell into place at the right time to have this opportunity to work with Trevor and the whole Carlin team again," said Kimball.

"I've already got two years of experience working with Max as a team-mate and I think our strengths and weaknesses will really complement each other as we begin this new adventure.

"IndyCar is not just gaining a new race team, which is, of course, exciting, but really gaining a capable and competitive group of people that make up this team."