Carlin's participation in IndyCar this season looks increasingly unlikely, with team boss Trevor Carlin admitting talk of a partnership with KVSH Racing had stalled after failing to land Mikhail Aleshin.

The British outfit, which has fielded a team in the Indy lights series for the past two years and took Ed Jones to the title last year, entered talks with KVSH Racing co-owner Kevin Kalkhoven about the possibility of a collaboration for 2017 in October last year.

But Carlin said the likelihood of such an agreement being formalised in time for the 2017 season now looked unlikely, with no deal in place between his eponymous team and Kalkhoven.

"Through circumstances, 2017 seems to have slipped away from us," he told Autosport's sister brand Motorsport.com.

"It's getting so late, it would be hard to put a team together now - not impossible, but very difficult.

"So we'll just get our heads down, crank on with the Indy Lights team, and try and defend our championship, and see where that leads for 2018." 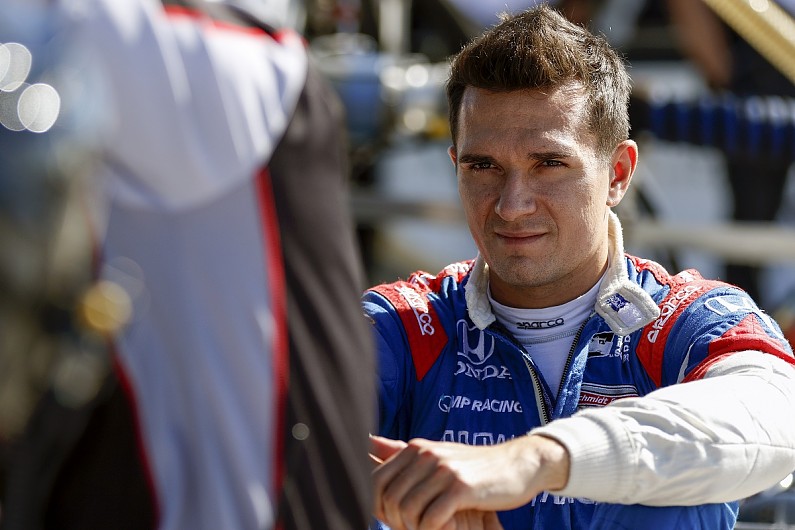 Both Carlin and Kalkhoven had hoped to sign Aleshin, who has not yet been confirmed at Schmidt Peterson Motorsports despite reports to the contrary, but uncertainty over his backer SMP Racing's funding for an American programme has held up progress.

What should have been Aleshin's second year in IndyCar in 2015 was put on hold due to US sanctions on Russia being in place.

Those sanctions were lifted in late summer that year, allowing Schmidt to add a third car for Aleshin in the season finale and rehire him for a full season last year.

But current strained relations between America and Russia have once more posed questions over SMP's enthusiasm for backing a US-based programme.

"Kevin worked really, really hard with us to get a car on the grid, and the idea of running Aleshin was really exciting," Carlin continued.

"He won World Series by Renault with us back in 2010, and he's really looked strong in IndyCar, and he's learned the limits of these cars; he's not a wild rookie.

"So that was the deal we really wanted to put together, and if Aleshin turned up with the right money in the next two weeks, I'd have to seriously reconsider.

"But SMP don't seem that keen on the States at the moment, so the deal's not there to be done.

"Now it's looking too late, and we've said all along that rushing to do things at the last minute isn't how we work and doesn't help anybody."