Manor Formula 1 reserve Alexander Rossi admits he starts his IndyCar career this weekend in St Petersburg still getting acclimatised to the series.

Having raced exclusively in Europe, including five F1 starts with Manor and finishing second in GP2 last year, Rossi returns to race in his homeland in a joint venture between Andretti Autosport and Bryan Herta Autosport.

However, the deal was only finalised less than three weeks before the season opener, meaning Rossi missed almost all of the winter testing, only completing one session at Sebring.

He was 18th fastest in the first St Petersburg practice session, then 13th on Friday afternoon with a best time of 1m01.5198s, following a trip up an escape road.

"The acclimation is still coming, trying to figure out how everything works," Rossi said.

"You know, it's fairly OK. First practice was about how it worked, format and such.

"At the end of the day it is a very nice car to drive.

"As I drive it more, have a better understanding of how it works, I'll start to enjoy it a little bit more.

"It was new in Sebring, now it's a new track. It's all coming at me a little bit quick.

"The experiences I've had so far, the biggest difference is speed more than anything. That's fairly predictable."

Rossi was the best of the three rookies in Friday's first sessions of the season. 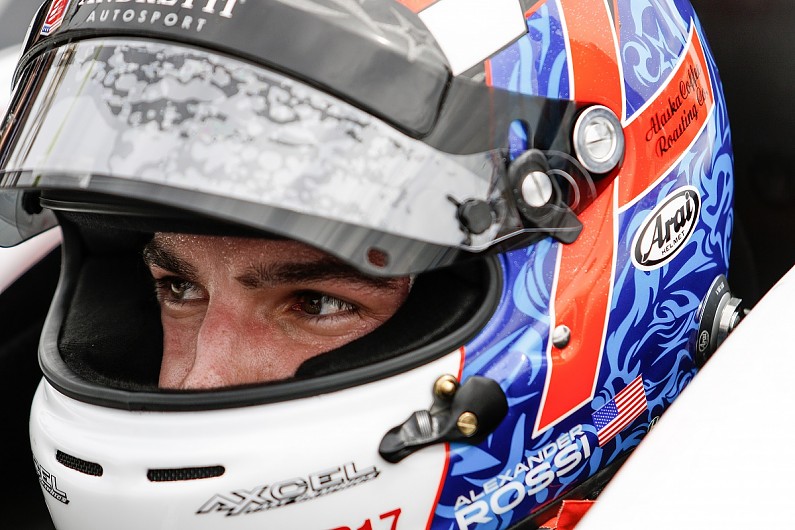