Monger's JHR Development F4 car crashed at high-speed into Patrik Pasma's stationary Carlin Racing machine during the third race of the weekend at Donington in mid-April.

Monger, 17, lost both lower legs as a result of the crash.

Tony Cotman, the Indy Lights race director, says that within a week of Monger's crash team owner Trevor Carlin, who runs four cars in the US junior category, approached him to see what lessons could be learned and applied to the Dallara IL-15 that is set to be introduced in 2018.

"Trevor came to see me at Barber and to be honest, it's him that brought the issue to my attention," Cotman told Autosport.

"He said it was a situation that would be worth looking at for the Lights car.

"So what we're looking at is primarily around the rear attenuator area, trying to make sure that the quick-lift brackets aren't the first thing to make an impact when there's a nose-to-tail accident.

"Obviously there's never anything completely accident proof, and it is difficult, but we've got to look at it.

"The shape the attenuator means it works good for withstanding rear impacts but the nose of the car behind can slip under it at the moment because of the height of the nose compared with the attenuator."

In the weeks following Monger's crash, all Formula 1 teams were told to modify their cars' rear jacking points. 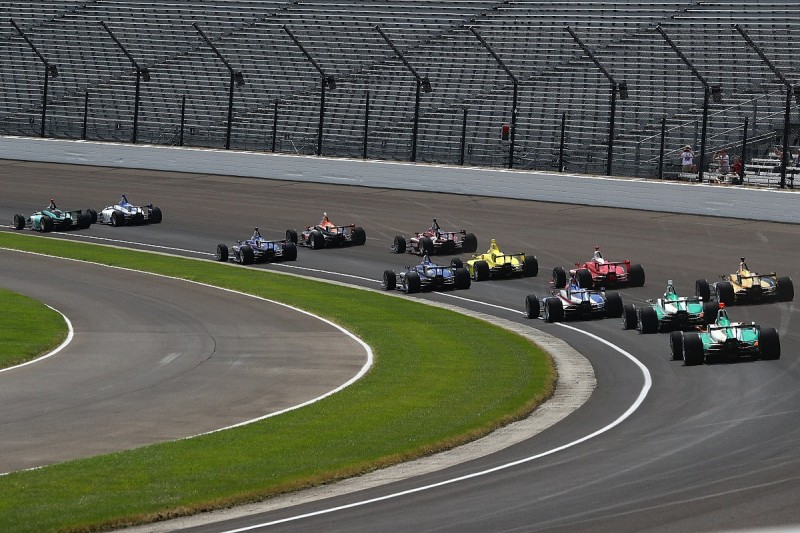 Cotman said the issue is further complicated with the new Indy Lights car because the height of the IL-15's nose has been dictated for another safety reason.

He explained: "The height of the nose can't be any more than 45mm below the centre point of the rear wheels' hubs.

"The reason for that height is that if you're running behind someone and you rub your nosecone on their rear wheel, it shouldn't lift the nose up and take the car over the top of the car in front.

"That means the nose is not currently high enough to be bang on to the attenuator in the event of a nose-to-tail collision, particularly under big braking g-loads."

Cotman added that he and Dallara are also looking at ways to adjust the trajectory of the car in front if a rear-end collision occurs.

"Because these remedies can't be completely fail-proof, we're going to take the opportunity to alter what happens if the worst comes to the worst and the nose of the car behind does go under the car in front," he said.

"We're looking at how we can stop one car riding on top of the other all the way up the centreline.

"We want to divert it off the centreline so the gearbox of the car in front doesn't get up toward the cockpit of the car behind.

"We're examining the best way to fix these things and we'll change them in the offseason."