The series announced in August that it would split its two prototype categories - for Daytona Prototype international and LMP2 machinery - into separate classes from next year, which also meant the DPis would no longer be balanced against LMP2s.

The CORE autosport outfit that ran Colin Braun and Jon Bennett to runner-up spot overall in the series last year originally announced it would stick with its ORECA-Gibson 07 for 2019, only to change its mind and acquire a Nissan DPi for next season.

JDC-Miller Motorsports, which will run Rubens Barrichello in next year's Daytona 24 Hours season opener, has also moved to the DPi category.

In a decision IMSA said was "aimed at further optimising the market" to stimulate interest in the class, it has now announced two events will be cut from the LMP2 schedule. 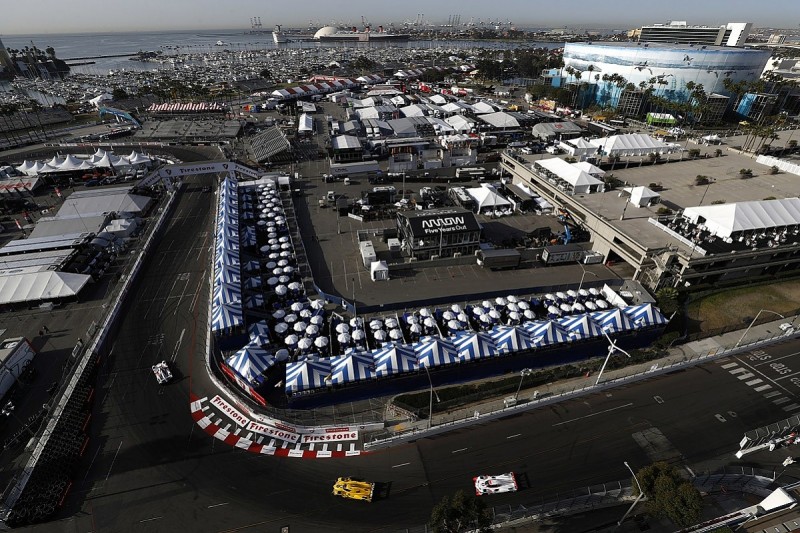 LMP2 competitors will still be eligible for the overall IMSA title, but will not contest either of the IndyCar-supporting rounds at Long Beach in April or in Detroit two months later.

"With the start of the season now 50 days away, it is important that we timely share these revisions so that our stakeholders can further evaluate, and plan based on the refined sporting strategy for the class," said IMSA president Scott Atherton.

The announcement also revealed the two prototype classes will qualify simultaneously at their shared events.

IMSA added only the class-winning drivers and team at each race will be recognised in post-race podium ceremonies in instances where there are fewer than three LMP2 entries.