The team had already announced former Formula 1 driver Juan Pablo Montoya and Dane Cameron for one of its two Acura ARX-05s before Helio Castroneves moved from Penske's IndyCar team to drive its second sportscar entry.

Taylor, who clinched the IMSA title alongside brother Jordan at Road Atlanta last weekend, will partner Castroneves for the full 2018 season.

Formula 1 world champion Jenson Button had been linked to the second seat through Penske's partnership with Acura, the luxury brand owned by Honda - for which Button is a manufacturer driver.

Penske said Taylor's sportscar experience made him the ideal choice.

"Ricky had a phenomenal season in 2017. He brings a great deal of sports car experience and his knowledge of the cars, the race tracks and the series overall will be a big benefit to our team.

"Having that experience, along with the winning pedigree of Helio, Juan and Dane, provides a great platform as we launch the Acura Team Penske programme next season."

Taylor described the call-up as a "life-changing experience" after previously testing one of Penske's Indycars in February.

"It was a great experience getting a chance to test an IndyCar with Team Penske, but to get a call from Roger Penske offering the opportunity to drive one of his race cars full time - that's a life-changing opportunity," said Taylor.

"I'm definitely ready for the next challenge in my career and I couldn't be more excited to join Team Penske and work with Helio, Juan and Dane to launch the new factory Acura effort and start winning with the ARX-05 in 2018."

The 24 Hours of Daytona, the 12 Hours of Sebring and Petit Le Mans event require a third driver, and Penske has confirmed its IndyCar driver Pagenaud and Rahal Letterman Lanigan's Rahal for those races. 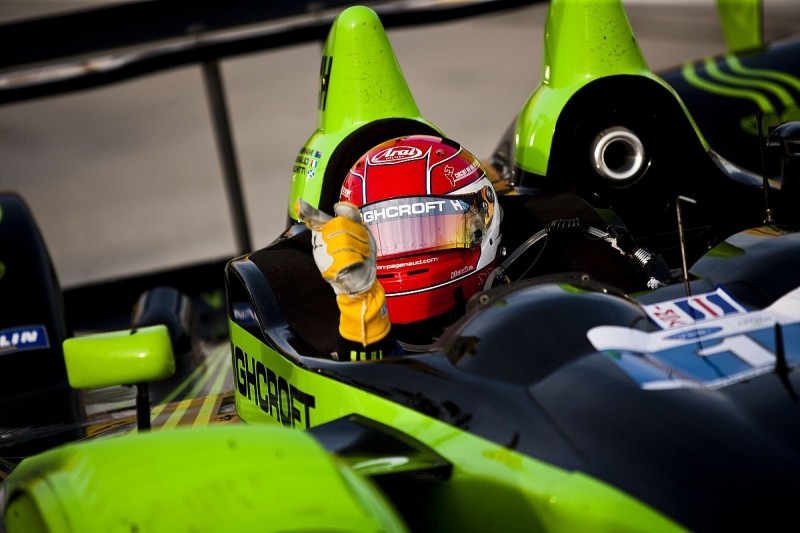 Pagenaud says he was keen to return to endurance racing for 2017, having earned eight American Le Mans Series wins in '09 and '10 as well as the LMP title in the latter year (pictured above) alongside David Brabham.

"I've been hoping for the opportunity to work with Team Penske in the endurance races for next year and I'm excited to get the opportunity," said Pagenaud.

"We had a strong first showing at Petit Le Mans last weekend and I feel like the team is on the right track."

Rahal has previously driven Acura's NSX GT car and is targeting a second overall win at Daytona in 2018 in the prototype class.

"This will be a dream come true to get to race in the Rolex 24 at Daytona and 12 Hours of Sebring for Roger Penske, someone who not only means a lot to sportscar racing, but motorsports in general," said Rahal.

"I'm excited for the opportunity and I really look forward to racing the Acura ARX-05."