Senna, who won this year's World Endurance Championship LMP2 title with the Rebellion team, will drive one of United's Ligier-Gibson JSP217 P2s alongside sportscar debutant di Resta in next month's event.

Team regulars Will Owen and Hugo de Sadeleer complete the line-up in Senna's car for the IMSA SportsCar Championship opener on January 27/28.

Two-time F1 world champion Alonso will be part of a three-driver crew in the other United Ligier alongside Formula 3 European champion Lando Norris and Phil Hanson. 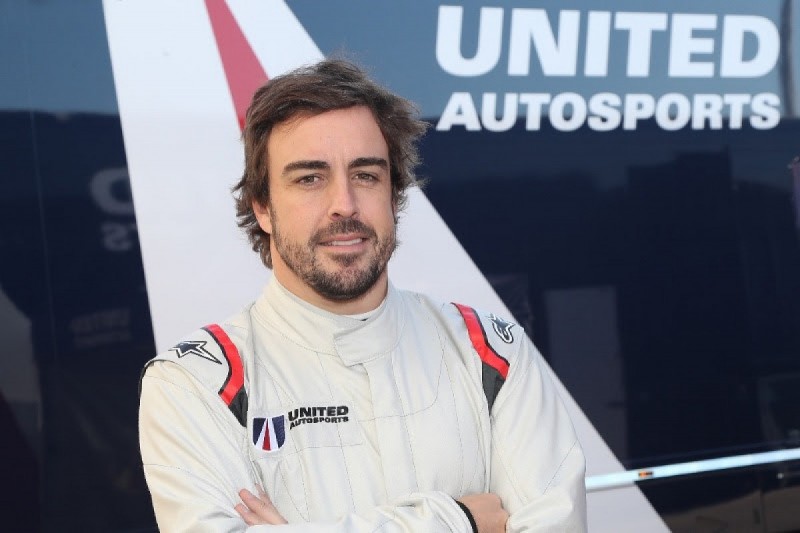 "It's an incredibly accomplished team and with the experience from 2017, great technical talent, as well as the incredibly strong driver line-up, we should be up for a good fight right from the start."

United managing director Richard Dean added: "Bruno will be great added value to the team because he has prototype and Daytona experience.

"We've taken our time to put the right line-ups together for both cars, and I've think we have a great balance of speed, skill and experience to head to Daytona ready for the challenge."

Senna raced an ORECA-Gibson 07 for Rebellion in the WEC, but has experience of the previous-generation Ligier after a season in the world championship with the OAK Racing-run RGR Sport squad in 2016.

The United Daytona line-ups will come together for the first time at the official pre-race test known as the 'Roar' on January 5-7.