The multiple winner of the Road Atlanta enduro will field its GTLM class Ferrari 488 GTE in the IMSA championship for the first time since the Sebring 12 Hours in March.

Team owner Giuseppe Risi said: "We have run a limited racing schedule this year because other business and personal factors have taken a greater priority, but we're pleased to get back to Road Atlanta.

"We've experienced a great deal of success as a team at Petit Le Mans and we look forward to adding more provenance to our race car and team history."

No drivers have been announced for the entry for the Road Atlanta 10-hour race on October 13, but the team has traditionally been able to call on Ferrari's factory squad.

Last year's World Endurance Championship GTE Pro title winners James Calado and Alessandro Pier Guidi were part of its line-up at both the Daytona 24 Hours IMSA opener in January and Sebring this season. 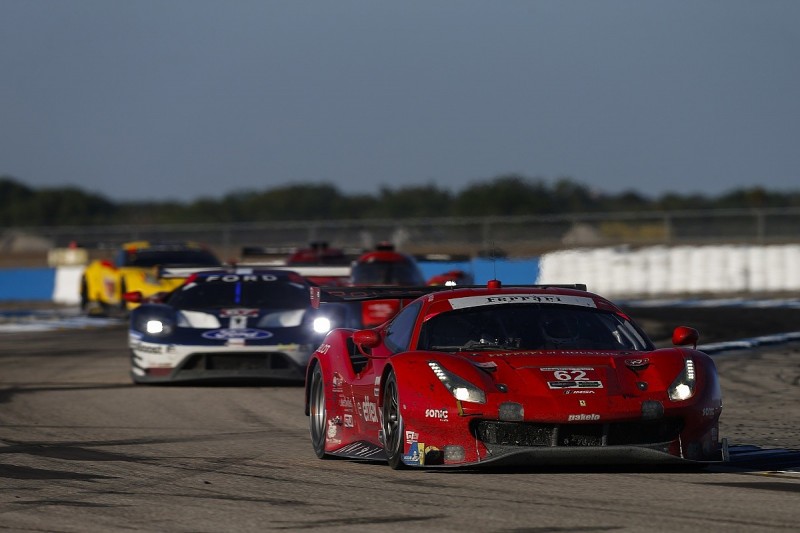 They will be unavailable for Petit courtesy of a clash with the Fuji World Endurance Championship round in Japan.

Petit will be the first race for Risi with the 488 GTE since the Le Mans 24 Hours in June when it competed under the Keating Motorsports banner in the GTE Am class.

Risi won the inaugural Petit outright in 1998, a pilot race for the American Le Mans Series launched the following season, with a Ferrari 333SP prototype.

The team took third in class last year at the end of another partial season interrupted by a run of accidents culminating in a massive shunt at Le Mans.