Juan Pablo Montoya has admitted he would be interested in racing for Risi Competizione if he got the opportunity, after testing the team's Ferrari 488 GTE at Sebring

The Colombian joined the team on the second day of a two-day IMSA SportsCar Championship test this week, as teams prepared for next month's Sebring 12 Hours.

The 1999 CART Indycar champion and two-time Indianapolis 500 winner lost his full-time IndyCar drive with Penske at the end of last season, and has committed to racing a fifth car for the team at Indy this year.

He is also being strongly linked to a drive in a Penske-run DPi prototype in 2018, possibly using Honda power.

Asked after the "fun" and "different" test if he would be interested in racing the Risi Ferrari, Montoya replied: "If they let me, yeah. But I don't know if they'd let me."

"Prototypes drive more like an open-wheel car. This is very different," he said of the GT Ferrari.

"There's a lot of pitch movement in the cars, it's kind of tricky. It's very easy to get it wrong.

"It's very hard to be consistent."

Toni Vilander, James Calado and Giancarlo Fisichella are already confirmed for the Risi Ferrari at Sebring, with Vilander and Fisichella expected to be the team's primary IMSA drivers.

The team could potentially have an opening in its line-up for the Le Mans 24 Hours in June.

LYNN GETS UP TO SPEED 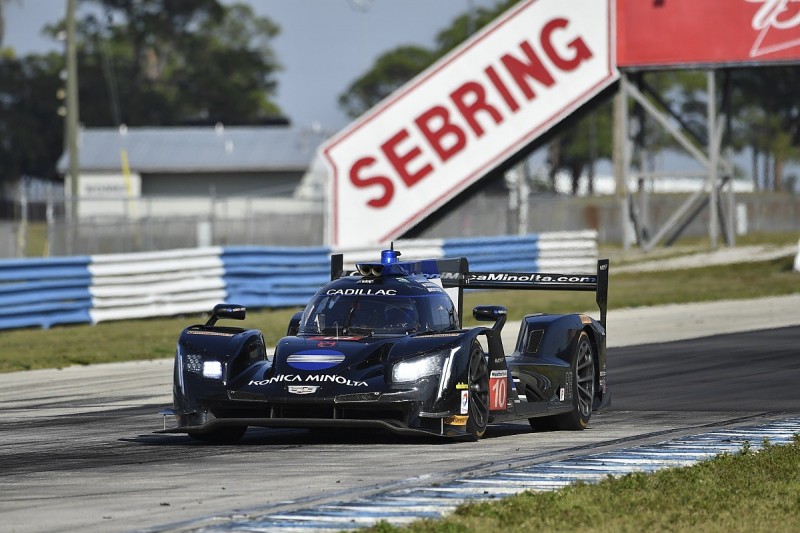 Former Williams Formula 1 development driver Alex Lynn, who will join the Wayne Taylor Racing line-up in place of Max Angelelli for Sebring, was also in action in the test.

Lynn said his top-line single-seater experience was translating well to the Cadillac DPI.

"I think this new generation of prototype in IMSA relates quite nicely, because they're obviously really powerful cars with high downforce," Lynn said after his first day of running.

"It's more coming into that trend of a real open-wheel spec kind of car or even an LMP1-type car.

"I feel like my experience there has helped me.

"There were a lot of new things for me to learn, but we were going through a lot of stuff and trying to put in some good lap times."