The team behind Audi's Le Mans dominance will re-establish an American base near Atlanta in Georgia and test on both sides of the Atlantic.

Mazda has now halted its SpeedSource-run campaign for the rest of 2017 to focus fully on '18 preparations with Joest.

The RT24-P is based on the Riley Mk30 and was jointly developed by Riley Technologies and Multimatic, but this summer Multimatic has taken over development of both the Mazda and the Gibson-engine LMP2 version.

Managing director Ralf Juttner said Joest's on-track work with the Mazda would begin "within the next 30-40 days".

"We want to bring all the experience that we have gathered in endurance racing into this project, and therefore I expect a really, really close relationship with Multimatic on the development of the car and the improvement on the car," he said.

"Without going into detail on the test programme, in the next month we expect to have the car rolling."

Juttner believes it will be possible to develop the Mazda sufficiently despite homologation restrictions.

"We are going, together with Multimatic, the IMSA organisation, the technical guys there, to make sure that we don't leave anything out where we can put hands on.

"It's not that you have a clean sheet of paper and you can start from scratch, that's clear.

"But I still think there's a lot of potential that can be unlocked.

"The testing will be done with a car that does already have some modifications in it.

"We expect more to come throughout the remainder of this year until we have a version that we think is the right one to start the season in 2018.

"The other thing is that we need to work on reliability, because that's the first thing that you have to have in order to finish on top." 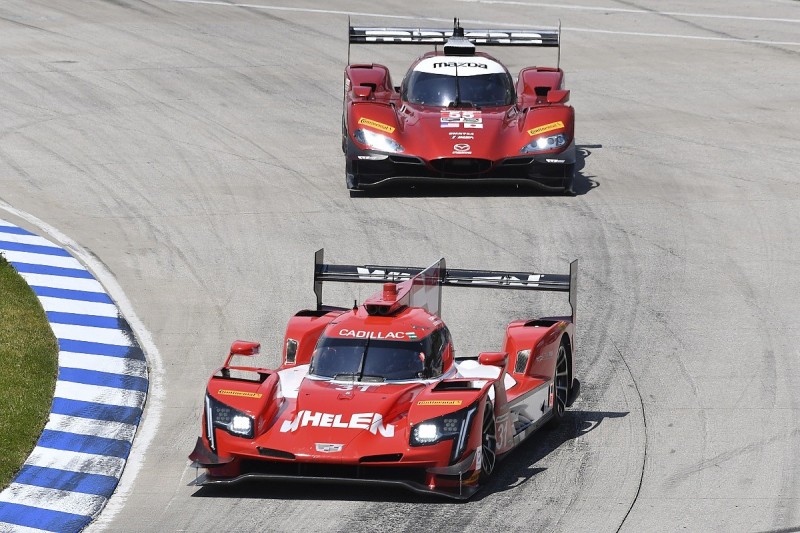 Mazda North America's motorsport director John Doonan said the focus would be more on "raceability and competitiveness" than reliability, with the Mazdas having been outpaced by Cadillac and Nissan this year.

Current Mazda racers Jonathan Bomarito, Tristan Nunez, Joe Miller and Tom Long will begin the test programme but Joest has offered no guarantees over their long-term involvement - though Juttner added "it's not that we are coming with a whole wagon of drivers in our bag trying to bring those in."

It expects to announce the 2018 driver line-up by this autumn's Petit Le Mans IMSA finale.

"Mazda has their drivers which they have raced up to now," said Juttner.

"They have grown them through their own famous and very good system, which they are very proud about and rightly so.

"We have not worked with any of these drivers up to now. I'm looking forward to do that.

"I'm very open to start working with those guys. The rest, we will see."