Discussions started at Daytona in January after Mazda realised Joest was potentially available for a new programme in the wake of Audi's exit from the World Endurance Championship, and a partnership was announced last month.

"They [Joest] were not on our list initially, but they became available and it's really difficult to step away from one of, if not the greatest, of all time," he said.

"We wanted to have an introductory meeting, which we had at Daytona and candidly I was concerned that we wouldn't be good enough for them.

"But from the outset the chemistry was awesome, so then we thought 'OK, this has potential, let's do everything we can to make it work'.

"In our business, seven months in some ways is a long time, and in others it's a really short time; it all came together real fast."

Testing of the Mazda RT24-Ps is due to begin imminently, while Multimatic and AER will remain involved in developing the car's chassis and engine respectively.

Doonan said the new set-up would only increase the pressure next year.

"I had the opportunity to chat with our internal staff, and we had reason to be excited and reason to have emotion based on the SpeedSource relationship coming to an end," he said.

"But I also said if you think there was a spotlight on us now, somebody just changed the bulb to be an LED floodlight.

"There's pressure to perform anytime, but when you put all the right pieces together from Multimatic's focus on the car, to AER's focus on the engine, to Joest's focus on the team operations and facilitating successful races, and bringing the top driver talent which we certainly believe we have and plan to bring, you go into it with an additional set of confidence as well." 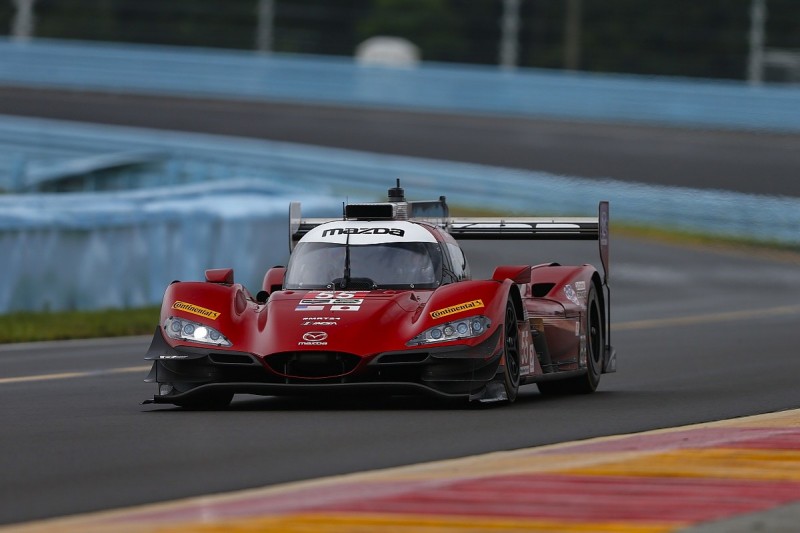 Speaking before Porsche announced it would quit the WEC after this season, Doonan said he is keen to see greater efforts to align prototype sportscars globally.

"What IMSA has provided manufacturers is cost-effective, it allows us to tell a proper story," he said.

"We have massive respect for the ACO and the FIA and what they've done, and certainly huge respect for Audi, Porsche, Toyota, Peugeot - so many manufacturers that have invested heavily into the LMP1 format.

"For the health of sportscar racing I hope that they do change, but for now we are focused 1,000% on the North American championship.

"Should the day come when regulations allow we'd be silly not to think about it."