The two SpeedSource-run Mazda RT24-Ps have taken three podium finishes in this year's IMSA series with driver pairings Jonathan Bomarito/Tristan Nunez and Joel Miller/Tom Long but have been off the pace of the dominant Cadillac and Nissan DPi cars.

As a result, Mazda will withdraw from the rest of the 2017 IMSA season to allow what will become Mazda Team Joest maximum time to prepare for its debut at next January's Daytona 24 Hours.

"Since Mazda first took to the race track in 1964, our 'never stop challenging' spirit means that every time we race, we strive for victories and championships," said Masahiro Moro, president and CEO of Mazda North American Operations and managing executive officer of Mazda Motor Corporation.

"The creation of Mazda Team Joest provides us a unique opportunity to partner with a team with proven success in the prototype ranks, and gives us the best chance to return Mazda to the top step of the podium."

Joest has achieved 15 Le Mans wins and 10 Sebring 12 Hours victories in its programmes with Porsche and Audi.

"For us, this is not only a return to American racing, which we have always enjoyed, but also great news to the big group of our Japanese fans, who have always warmly embraced us," he said. 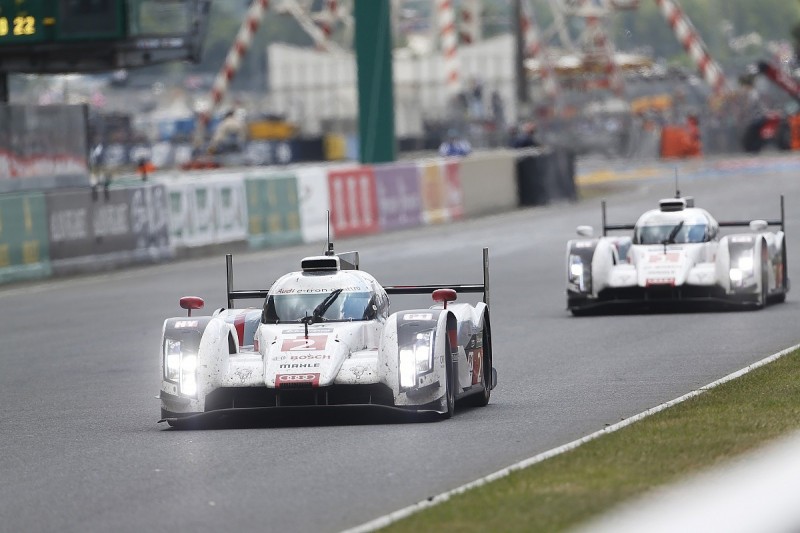 "We accomplished a great deal with their organisation at all levels of the sport for more than two decades," Doonan said of SpeedSource.

"They are a perfect example of a team that has grown through our Mazda system: from grassroots club racing, to Rolex 24 [Daytona] race-winning efforts in GT and then on to the Prototype programme."

Mazda Team Joest will soon begin testing the Mazda RT24-P in preparation for next season and will retain the production-inspired bodywork, and the turbocharged four-cylinder, 2.0-litre inline Mazda MZ-2.0T engine developed by Advanced Engine Research.

Multimatic Motorsports will remain part of the team, working with Joest in testing and simulation work, but Joest will establish a North American headquarters for the race team in the Atlanta area.

The press released stated that the four current Mazda Prototype drivers "will participate in the testing and development, but the 2018 driver line-up is yet to be determined."