Wayne Taylor Racing strengthened its lead in the IMSA SportsCar Championship as Filipe Albuquerque and Ricky Taylor took their Acura ARX-5 to a narrow victory at Mid-Ohio.

Acura, which has a dozen different manufacturing and R&D facilities in Ohio, has now won all four races since IMSA’s return to the parkland venue in 2018.

The WTR team prevailed by just 0.368s over the Action Express Cadillac DPi V.R of all-Brazilian pairing Pipo Derani and Felipe Nasr, while Britons Harry Tincknell and Oliver Jarvis had to settle for third place in their Mazda RT24-P despite qualifying on pole and dominating much of the two-hour-and-40-minute race.

After struggling for pace during practice on Friday, the Multimatic/Mazda team made wholesale setup changes – “we threw the kitchen sink at it,” said Multimatic’s Larry Holt – which transformed the handling and enabled Tincknell to establish a blistering new track record in qualifying on Saturday.

Albuquerque, on his very first visit to the technical and challenging 2.258-mile track, started second, less than a tenth of a second adrift of the pole time, but was soon left gasping in Tincknell’s wake on raceday.

The gap grew to over 12 seconds before the first round of pit stops with 40 minutes on the clock, after which Derani/Nasr emerged in second having been the first of the prototype contenders to make their first stop. Tincknell extended his lead even further before making his second stop at the halfway point in the race and handing over the car to Jarvis.

Unfortunately, the Mazda duo’s fine work was undone when the caution flags flew for the first and only time with about an hour remaining. The timing ensured that everyone would be working hard to minimise their fuel consumption when the green flags flew again with 45 minutes remaining.

Crucially, the Albuquerque/Taylor Acura had stretched its fuel load the furthest, so required a shorter fill than the Mazda and was able to leapfrog into second place behind Nasr, who took full advantage of having been called into the pits for service moments before the caution flags flew. 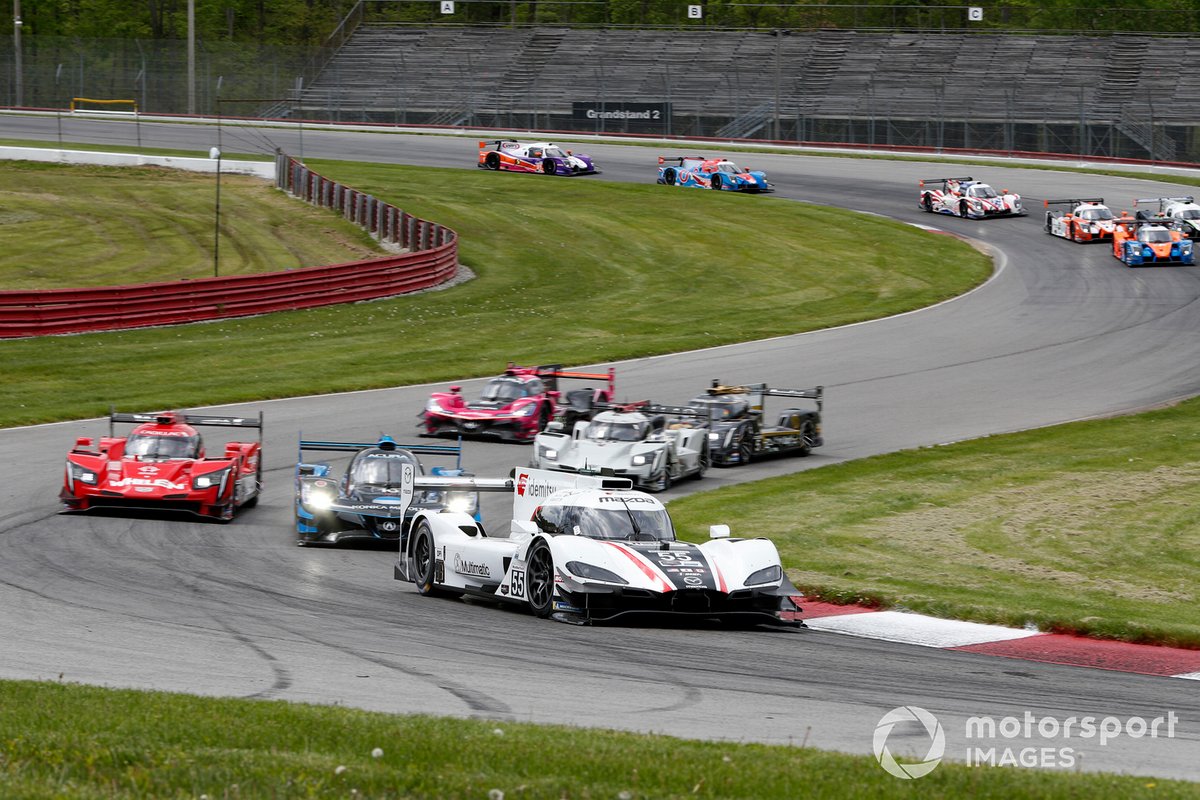 It was Nasr who led at the restart, on a track which offers precious few overtaking opportunities, but Taylor dug deep and pulled off a brilliant and decisive pass immediately after the restart. Taylor then managed to conserve his fuel and squeak home just 0.368 sec ahead of Nasr. The Mazda also managed to stretch its fuel load to the finish line to maintain its streak of three podium finishes to begin the season.

Their second win of the young season allowed Daytona 24 Hours victors Taylor/Albuquerque to extend their points lead over Tincknell/Jarvis from five points to 55.

Gar Robinson earned a second LMP3 class win of the season for Riley Motorsports, joined on this occasion by Brazilian Felipe Fraga.

In GTD, Englishman Jack Hawksworth looked set to score a second successive Mid-Ohio triumph for himself and pole-winning teammate Aaron Telitz, only for their Vasser Sullivan Lexus RC F GT3 to suffer a suspension failure after 50 laps. Their misfortune allowed veteran Bill Auberlen and Robby Foley to take the spoils aboard their Turner Motorsport BMW M6 GT3.