The 19th hour began with a fascinating duel for the lead between Alexander Rossi in the Wayne Taylor Racing Acura ARX-05 and Kevin Magnussen in the Chip Ganassi Racing Cadillac.

Following a 10th full-course caution of the race, to retrieve debris, Magnussen edged alongside Rossi to take the lead at the restart.

However, Magnussen was given a drive-through penalty for letting the wheels rotate while he was on the jackstands, losing 50s in the process - leaving him to lose further time clawing through the GT entrants.

Albuquerque took over the leading WTR Acura from Alexander Rossi on the next round of pitstops, while Scott Dixon replaced Magnussen in the now-fourth placed #01 car.

The six-time IndyCar champion got his deficit to the leader under 40s, as Albuquerque was needing to defend from a very feisty Simon Pagenaud in the #48 Action Express Cadillac - the pair of them a dozen seconds ahead of Montoya in the #60 Meyer Shank Racing Acura.

Mike Rockenfeller then took over from Pagenaud and fell away from leader Albuquerque to the tune of 11s, while AJ Allmendinger - having taken on the #60 - closed within 10s of the #48. 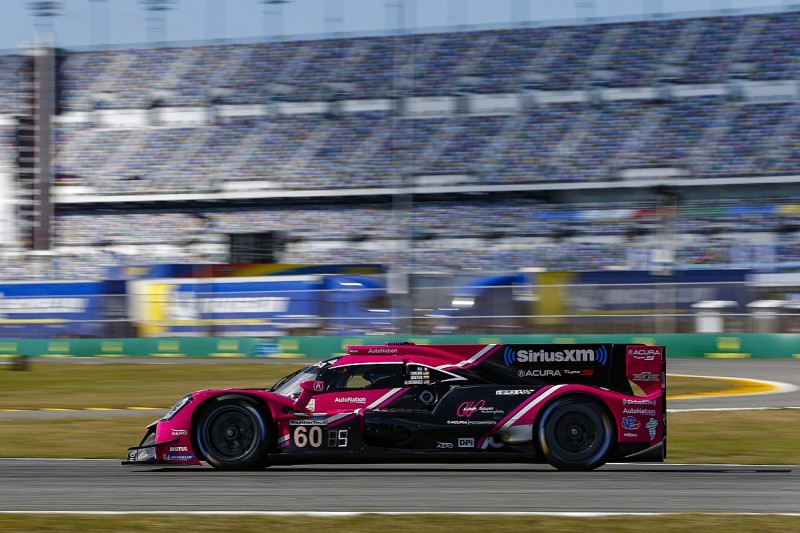 Ganassi's pitwork and Dixon's relentless drive had lowered his deficit to leader Albuquerque to 25s with 3h15m left on the clock - finally making the pass on Allmendinger for third as the 21st hour came to a close.

The second Action Express Racing Cadillac, the #31, endured a gearbox issue and was taken off-course, losing 24 laps before rejoining - 23 laps behind the fifth-in-class #55 Mazda.

Jonathan Bomarito was able to maintain a similar pace to Albuquerque's pace, before handing over to Oliver Jarvis - leaving the #55 around 45s behind the #60.

At the subsequent restart, Mies passed Buret for second, but these positions changed again when Gabriel Aubry took the Tower car and Eric Lux slipped into the DragonSpeed machine.

In GT Le Mans, the Corvette duo of Nick Tandy and Jordan Taylor made the 10th restart from first and second, albeit only after Jules Gounon's Risi Competizione Ferrari 488 - splitting the pair - was pinged for an unsafe release from his pitbox.

BMW pair Jesse Krohn and Bruno Spengler ran fourth and fifth, albeit the latter running a lap down, but at the 11th drop of the green flag, Krohn pushed his M8 ahead of Gounon's Ferrari. 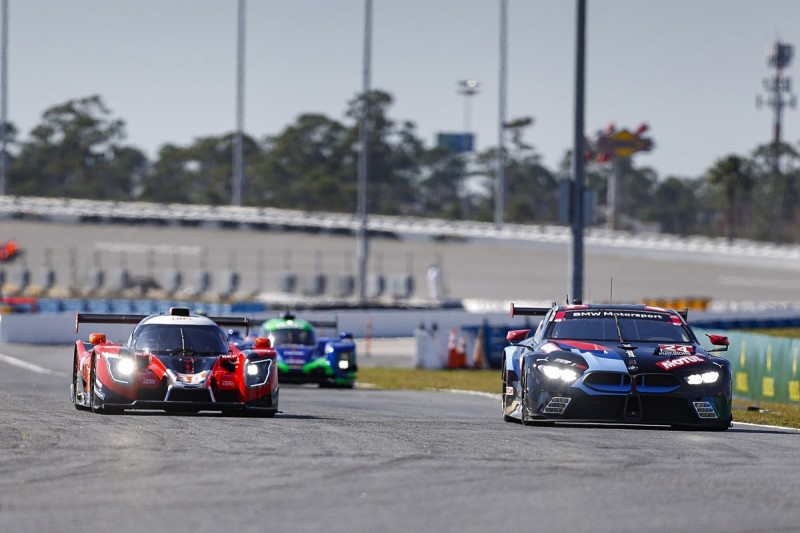 Taylor later took the lead from Tandy and swiftly pulled out a lead of seven seconds before Tandy stopped to hand over to Alexander Sims, and Taylor relinquished his seat to Nicky Catsburg.

After taking over from Krohn, Marco Wittmann was nine seconds in arrears of Sims' Corvette but more than half a minute ahead of James Calado in the Risi Ferrari.

Philip Ellis, in the Winward car, was out front under intense pressure from Nicklas Nielsen's AF Corse Ferrari 488, with Luca Stolz third in the SunEnergy1 car close behind - battling with Nielsen.

The battle for the class lead between Winward and AF Corse ended in tears for the Ferrari team following the pitstops, when newly installed Matteo Cressoni squeezed Ellis from around the outside into Turn 1, forcing the Mercedes driver onto the grass on the inside while Cressoni hobbled back to the pits with a puncture.

Ellis' car bounced over the curbs and punted the 488 into the tyre wall, the bent bodywork subsequently puncturing a rear tyre as Cressoni hobbled to the pits.

Amid the drama, the Pfaff Porsche pulled off track with steam apparently coming from the 911's engine bay, eliminating another car that had been on the lead lap.

Laurens Vanthoor reported to IMSA Radio that the car had lost drive, possibly due to a driveshaft or clutch failure.