The founder of the Le Mans 24 Hours-winning Champion Racing team, Dave Maraj, has died in a boating accident

Sixty-five-year-old Maraj (pictured below), whose full name was Devindar, was found dead from apparent drowning on Sunday in Boca Raton, Florida after being reported missing in the early hours of the morning.

Maraj's team from Pompano Beach in Florida developed into the most successful sportscar squad in North America during the 2000s having forged links with Audi.

It became the first US team to win Le Mans for nearly 40 years when Tom Kristensen, JJ Lehto and Marco Werner triumphed at the wheel of a factory-supported Audi R8 LMP1 prototype in 2005.

Champion also notched up multiple successes in the American Le Mans Series as a privateer and a factory entrant with Audi.

It took its first ALMS title as an independent with Lehto and Werner in 2004, repeating the drivers' and teams' championship double the following year with Emanuele Pirro and Frank Biela.

Champion subsequently became Audi's factory team in the ALMS, sweeping to a hat-trick of titles in the IMSA-run series with the new R10 TDS turbodiesel in 2006-08 with a roster of drivers that included Kristensen and Allan McNish. 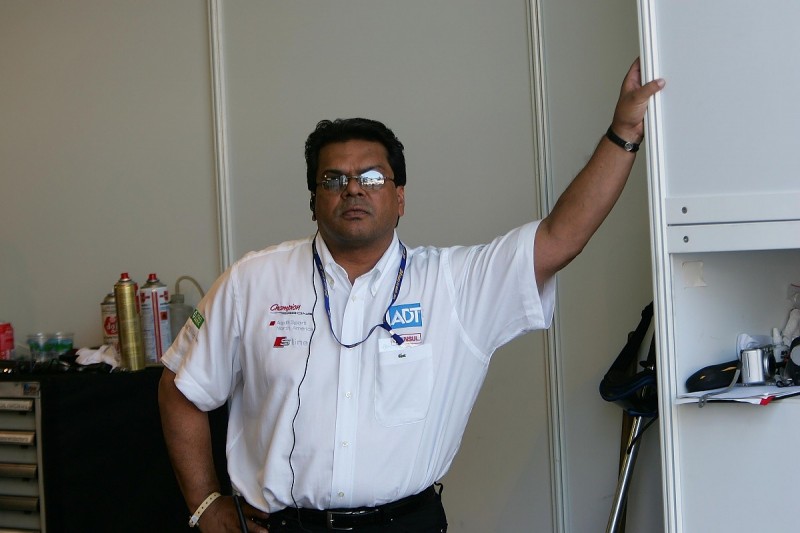 A statement from IMSA president Scott Atherton, who was at the helm of the ALMS in the 2000s, read: "As a team owner in the ALMS, Dave and his Champion Racing organisation were the epitome of professionalism and excellence, as their five series championships and Le Mans victory will attest.

"Dave was a tremendous competitor and a great friend to all in the paddock throughout his time in our sport."

Peters, who would remain with Champion Racing throughout its existence, raced a Porsche 911 Carrera 2 for the fledgling team in the IMSA Supercar Challenge event on the streets of Miami in February '93.

The team contested the Sebring 12 Hours IMSA round with the same car the following month, before regrouping for the following year and fielding a 911 Turbo in selected enduros.

Porsche's withdrawal from front-line sportscar racing resulted in Champion swapping to Audi, after a handful of races running a Porsche-powered Lola, for the 2001 season.

The team claimed its maiden ALMS win with an Audi at Road Atlanta in June 2003 and its first victory in one of the big enduros at the Petit Le Mans 1000-mile event at the same track five months later.

Champion also masterminded Audi's campaigns in the Sports Car Club of America's World Challenge in the early 2000s, taking a hat-trick of titles in 2001-03 with the S4 Competition and then the RS6.

The team dropped out of racing on Audi's withdrawal from the ALMS at the end of 2008.