The Daytona Prototype international (DPi) and global LMP2-spec cars will compete in distinct classes from next season, with LMP2 becoming a Pro-Am class similar to the World Endurance Championship's version.

The manufacturer-backed DPi category will now become the premier class using all-professional driver line ups, and the cars will no longer will be balanced against the best LMP2.

The cars had competed together under the prototype umbrella in IMSA for the past two seasons, using a Balance of Performance system that sometimes proved awkward to manage.

DPi will shift to a class-specific BoP process managed by the IMSA Technical Committee - similar to the GT Le Mans (GTLM) and GT Daytona (GTD) classes.

The LMP2 class will no longer have a BoP applied, as is the case in the WEC.

IMSA will therefore feature four classes again - as it did from 2014-2017 - including Pro-Am classes in both the LMP2 and GTD categories.

LMP2 and GTD teams will be required to field at least one Bronze or Silver-rated driver for every non-endurance race, and will be allowed a maximum of one Platinum-ranked driver per car.

IMSA will continue to utilise the FIA driver ratings as the basis for determining eligibility in the LMP2 and GTD classes, as has been the case since the series' inception in 2014.

The results of this analysis then will be shared with the FIA Driver Ratings Committee for consideration before the next applicable driver rating period.

IMSA has also revealed a largely unchanged schedule for the 2019 season.

It once again comprises 12 rounds, with the Daytona 24 Hours hosting the curtain-raiser on January 24-27. 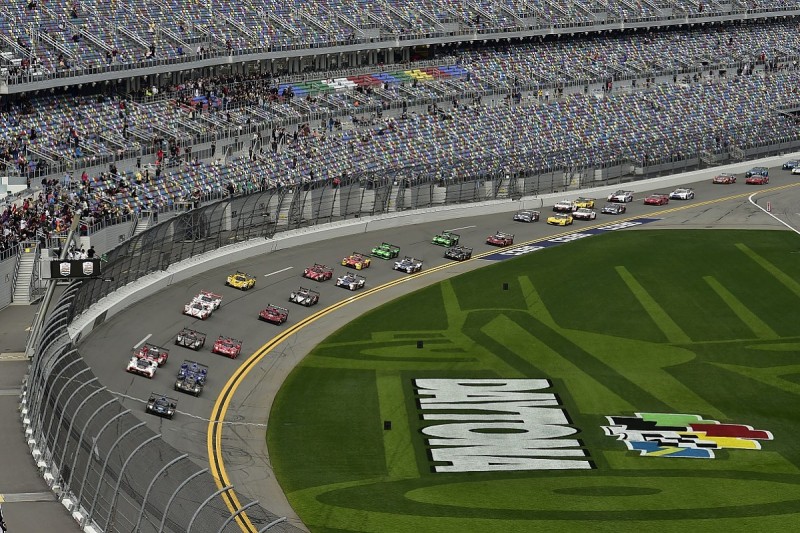 There are no substantial changes from the 2018 calendar, with only the Virginia and Laguna Seca races moving dates, as both will take place a week later in '19.

The DPi and LMP2 classes will take part in a 10-round schedule, skipping the GT-only events at Lime Rock and Virginia.

The GTLM class will again skip the Detroit round, which traditionally clashes with the Le Mans 24 Hours test day weekend, while the GTD cars will not participate at the Long Beach IndyCar support round in April.

As well as Daytona, the 12 Hours of Sebring, the Watkins Glen 6 Hours and Petit Le Mans races will continue to count towards the renamed Michelin Endurance Cup for 2019.

There will also be a new 'Sprint Cup' competition for the GTD competitors, with seven rounds making up a separate competition within the Pro-Am category.

The Detroit event will only count towards this new contest for GTD cars, while the remaining six 2h40m events will count towards both the Sprint Cup and the overall GTD championship.