Ferrari is reuniting the line-up that won the GTE Pro class at the Le Mans 24 Hours in June for an assault on this month's Petit Le Mans enduro.

Factory drivers James Calado and Alessandro Pier Guidi will again be teamed with Daniel Serra for the final round of the IMSA SportsCar Championship at Road Atlanta on October 12 at the wheel of a GT Le Mans class Ferrari 488 GTE fielded by Risi Competizione.

Risi has put together the line-up that took class honours at the Le Mans World Endurance Championship finale with the factory AF Corse squad for its first IMSA outing since it finished second in GTLM at the Daytona 24 Hours series opener in January (pictured above).

The Houston-based team will be bidding for a fifth victory at Petit, which was originally a 1000-mile event before switching to a 10-hour format for 2014.

It claimed overall victory in the inaugural running of the event in 1998 that paved the way for the launch of the American Le Mans Series, with a Ferrari 333SP driven by Wayne Taylor, Eric van de Poele and Emmanuel Collard.

Risi also won the GT2 class with Ferrari in 2008 (pictured below) and '09, and triumphed again in GTLM in 2016 when Calado was part of the winning line-up alongside Giancarlo Fisichella and Toni Vilander. 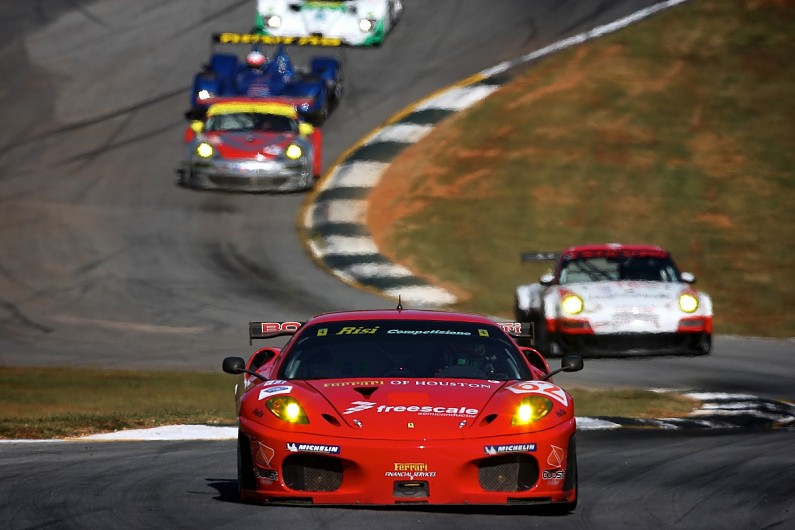 Team owner Giuseppe Risi said: "Petit Le Mans has been a special race to me and the team since it first started at Road Atlanta 22 years ago.

"Having won that inaugural race in 1998 and three additional victories, I'm quite fond of this race and this venue."

The appearances of Risi in the IMSA series have become increasingly sporadic.

It contested the full championship in 2016 before sitting out the middle portion of the following season after a series of accidents culminating in Pierre Kaffer's major shunt at Le Mans.