Byrne started two grands prix for Theodore in 1982, but spun out of both in Austria and the United States.

A test with McLaren that year went unrewarded, and Byrne later moved to America in 1986 and has been a driver coach in the US since.

He raced at Silverstone for the first time since 1984 last weekend, driving a 1977 Ensign N177 in the Masters Historic Formula 1 races that supported the British Grand Prix, although Byrne encountered problems.

A half shaft broke in qualifying, while an engine misfire ended his second race having finished 16th in the first.

"I'll come back if there's the right deal," said the 60-year-old, who shot back into the public eye recently with a documentary based on his book, Crash and Byrne.

"I've really enjoyed it, I love the team and [car owner] James Hagan, when I ask for something I get it and I like it a lot. 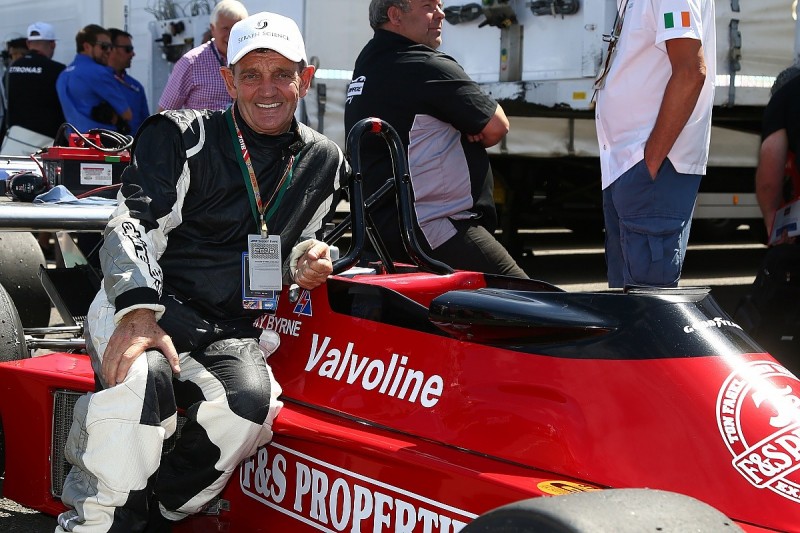 "It's just a shame we didn't finish it but at least the car isn't wrecked and is all in one piece."

Byrne's long absence from Silverstone meant the Masters event was the first time he had driven on the current Grand Prix layout, and he admitted he had taken time to get used to the circuit.

"I tried to go in a simulator over in the States, and I couldn't get a lap in without crashing," he said.

"I have most of the corners down now but there's one I'm still not comfortable with, the corner after Copse [Maggotts].

"Entering, I'm not sure what grip the car has as I'm new to it. It's tough to learn quickly when you're getting older.

"Yesterday [the first race on Saturday] was good, we were going in the right direction, we learned a lot and I'm happy.

"I've enjoyed it. It's not going to change my life."

The McLaren M29C Byrne tested in 1982 was also on track at Silverstone in the hands of ex-McLaren mechanic Warren Briggs.