A successful fourth running of the Chateau Impney hillclimb revival took place last weekend, as a big crowd roasted in soaring temperatures in the grounds of the Worcestershire hotel

Malcolm Thorne set the pace on the half-mile hillclimb in his Formula 2 Lotus 35 from 1965, slicing half a second from the year-old record.

But the event was interrupted by a scary accident that befell the modified Ford Model T V8 of Brett Pillinger in Saturday's second practice runs.

He lost it at Raven's Crest, the corner in front of the Chateau, and charged up the bank and into the wall protecting the VIP viewing area.

Pillinger was fortunate to suffer only minor injuries after he was thrown from the car, with onlookers scrambling to move back.

The incident curtailed Saturday's practice runs, and a new line of large straw bales was in place for Sunday morning.

In the competition, Thorne's twin-cam single-seater took the fastest time of the day of 38.86s, which left him more than a second clear of his pursuers and well under the previous 39.33s record.

Elsewhere, regular racer Rod Jolley was mighty in his Cooper T45/51 to take a class win, and Justin Maeers took victory in classes 12 and 15 in his Cooper Monaco and Lola T70 Spyder respectively. 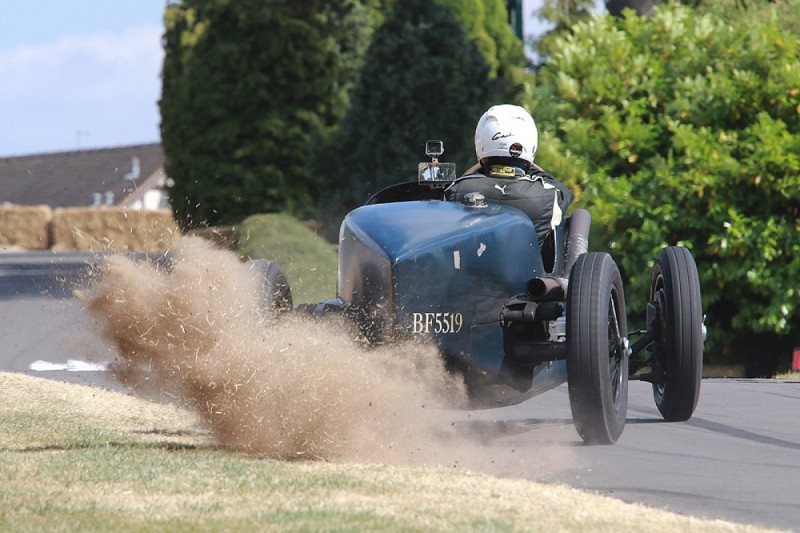 Robin Tuluie (Menacso Pirate, above) and Tony Bianchi (Allard Farrallac) were among the other class winners during a weekend of fierce competition.

The exception to the 1967 cut-off date was the class of Group A, B and WRC rally cars in the new Ralli22 speed event series.

A committed run by Tony Shields (Opel Astra) took the lead in 42.90s, but Dave Wright attacked the hill in spectacular style in his ex-Carlos Sainz Sr Ford Focus WRC on the final run to grab victory in 42.08s. It was also the sixth fastest time of the weekend.