British Touring Car champions Rickard Rydell, John Cleland and Ash Sutton will all be on the Super Touring grid for the Silverstone Classic's celebration of the BTCC's 60th anniversary

Cleland will race his regular Vauxhall Vectra while Rydell is borrowing his old Volvo S40 from Jason Minshaw and reigning BTCC champion Sutton will make his Super Touring debut in the Honda Accord of Paul Whight.

The race programme on Tin Top Sunday (July 22) features four touring car grids, spanning cars from the early 1960s to 2005, featuring more than 150 cars that have either raced in the BTCC or represent models from it.

"I've never been involved in the Silverstone Classic, but I know it's a great event and I'm excited about competing there for the first time," said Sutton.

"It's something I've always wanted to do and getting behind the wheel of a Super Tourer is a fantastic opportunity.

"Like many people, I grew up watching touring cars in that era and that obviously had a big influence on me.

"The manufacturers involved and the money that was being spent back then meant these were highly engineered cars, so I can't wait to see what the boys had to play with back in the 90s."

Harvey is contesting the Historic Touring Car Challenge in one of the V8 Rover SD1s in which he first made his name back in the late 1980s. 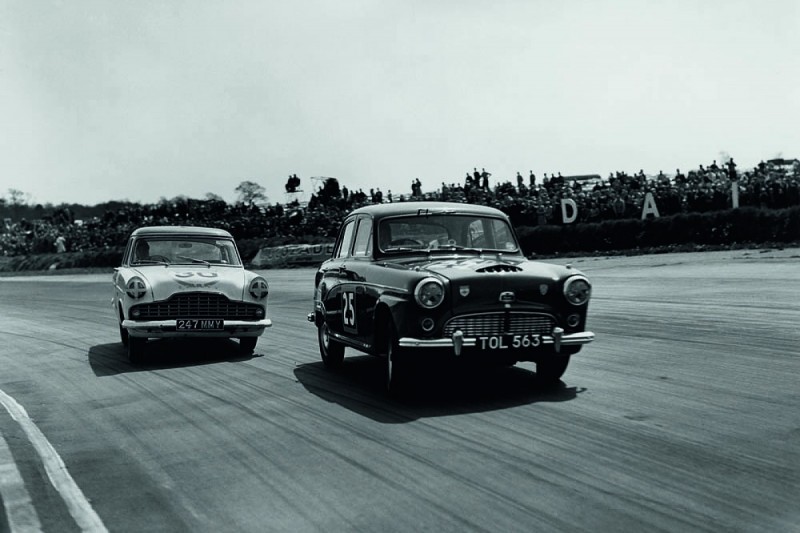 Sixty standout saloon and touring cars are being assembled for the birthday cavalcade, which will take place on the Grand Prix circuit and include both last year's title winning Subaru Levorg and an Austin Westminster as raced by the late Jack Sears to the inaugural crown in 1958.

A special photo call will take place in the International Paddock immediately after the second Super Touring race at 3.45pm on the Sunday. All drivers who have raced in the BTCC are invited to attend.