Father and son Martin and Alex Brundle will team up to share a Jaguar E-type in the special 60th anniversary race for the model at The Classic at Silverstone at the end of July.

The 45-minute race, including one pitstop, will feature a grid of more than 50 E-types and will mark the first time the former Formula 1 driver and his son have teamed up to race a historic car.

Martin and Alex have raced together before, sharing a prototype at Le Mans in 2012 and more recently an Aston Martin at the Nurburgring in 2019, but the early 1960s E-type is a fresh challenge.

Alex has raced an E-type before with Gary Pearson and will also race a Lola T70 MK3B and a Lister Knobbly during The Classic at Silverstone, running between 30 July 30 and 1 August.

“I’ve never raced a classic car at Silverstone before but I can’t wait to get racing again – it will be my first time since the Nurburgring,” said Brundle senior. Having stepped back from his full-time role in the Sky F1 commentary box, he will miss the Hungarian GP and will be attending The Classic for the first time.

“I’ve heard so much about The Classic but I’ve never yet witnessed it as it always seems to clash with a grand prix, which, of course, it does again this year. But after 37 years in the Formula 1 paddock, I’m no longer doing quite as many F1 races. I’m not going to Hungary and so have a little more time in my diary these days.” 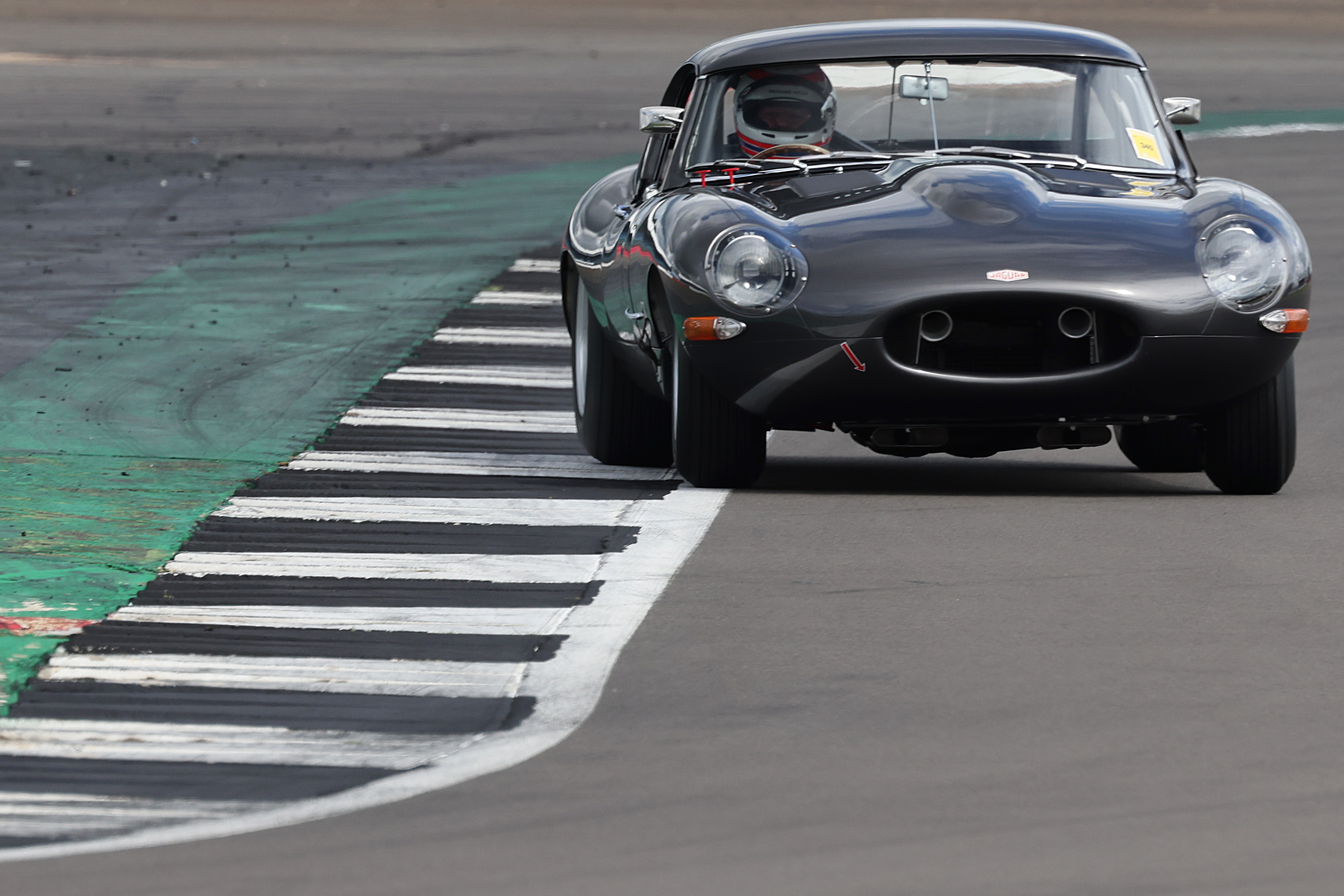 With 158 grands prix starts to his name and victory in the Le Mans 24 Hours with Jaguar in 1990, Martin is one of Britain’s leading drivers of his generation.

“It’s going to be hard fought out there but we’ll be aiming for victory,” said Alex. “Dad has been amazing; he just jumped in and was straight on the pace. It’s a race exclusively for E-types and we are under no illusions: it’s going to be extremely competitive, but we’d love to win.”