Featuring in RM Sotheby's flagship Monterey Sale, the DP215 was the first car to officially break 300km/h (186mph) in the Le Mans 24 Hours.

With a top recorded speed of 198.6mph, the Aston remains the fastest front-engine car ever on the old Le Mans circuit.

Despite 1961 Formula 1 world champion Hill driving alongside '68 Le Mans winner Bianchi, the high torque output of the four-litre, six-cylinder engine resulted in gearbox failure after only two hours and denied the pair a potential victory.

RM Sotheby's chief operating officer Alain Squindo said: "DP215 is the pinnacle of the works team's racing development, and the new owner will acquire a car that is not only extraordinarily special but also more capable of running at the front of the pack than virtually any other racing car on the market. 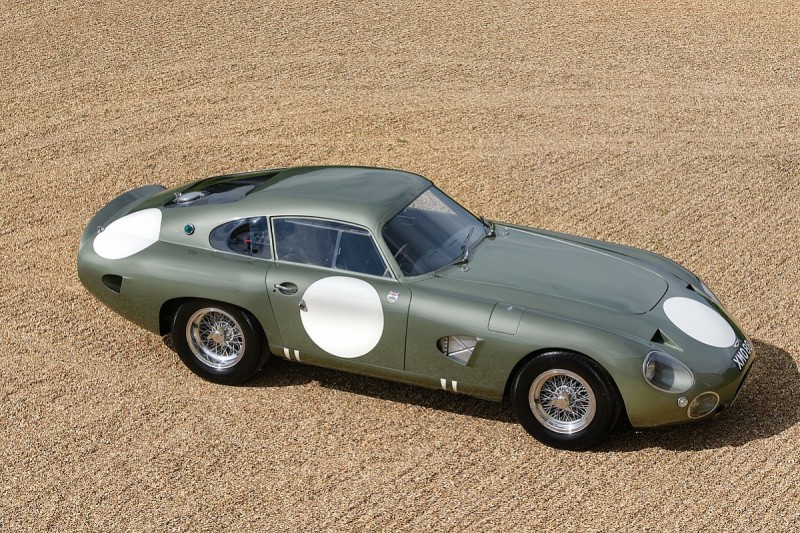 "We've had the pleasure of offering some of the world's most important Aston Martins at auction.

"We're tremendously honoured to add DP215 to that list."

After its failed debut, the car was repaired for the following month to race at Reims. Driver Jo Schlesser was set to win before a missed gear shift meant the engine over-revved and he retired from the lead.

The right gearbox was sourced for the Guards Trophy race at Brands Hatch that season, but tax regulations prevented the car from competing.

Aston Martin closed its racing department in November of 1963. It sold the team cars but retained DP215 ahead of an anticipated revival for the works programme two years later.

But the car was crashed during night-time testing on the M1 motorway.