A Jordan-Cosworth 191 is set to be among the Formula 1 cars at Donington Park next month for the first of a new series of demos from Masters Historic Racing.

Hanson, who now runs the Speed Master Cars historic brokerage, will drive the car in the two 20-minute demonstration sessions over the Masters Historic Race Weekend, which will take place behind closed doors.

His Jordan 191, chassis #6, is the car in which Andrea de Cesaris was running second in the final stages of the 1991 Belgian Grand Prix at Spa prior to engine failure.

It was also driven by Michael Schumacher in practice for his grand prix debut at the same race.

"F1 cars of this age are fast, loud and really cool to drive," Hanson told Autosport.

"It's a shame that many cars from the 3.5-litre era [from 1987-94] have ended up as museum pieces because a car like the Jordan is not complicated to run."

Greg Thornton, a two-time winner of the FIA Masters Historic F1 Championship, is also planning to be at Donington with a Coloni F1 car.

Thornton, who runs the Titan Historic Racing organisation, revealed that he has put together a consortium that now has a total of eight cars eligible for the Masters demos.

Ex-F1 driver Tony Trimmer is a candidate to share the driving duties at Donington with Thornton, who explained that he is hopeful that former Coloni F1 racer Roberto Moreno will be able to travel to Europe to take part in subsequent demos.

The events, billed as Masters Single-Seater Demos, build on a trial last year at Brands Hatch aimed at 3.5-litre F1 machinery, which attracted only a handful of participants. 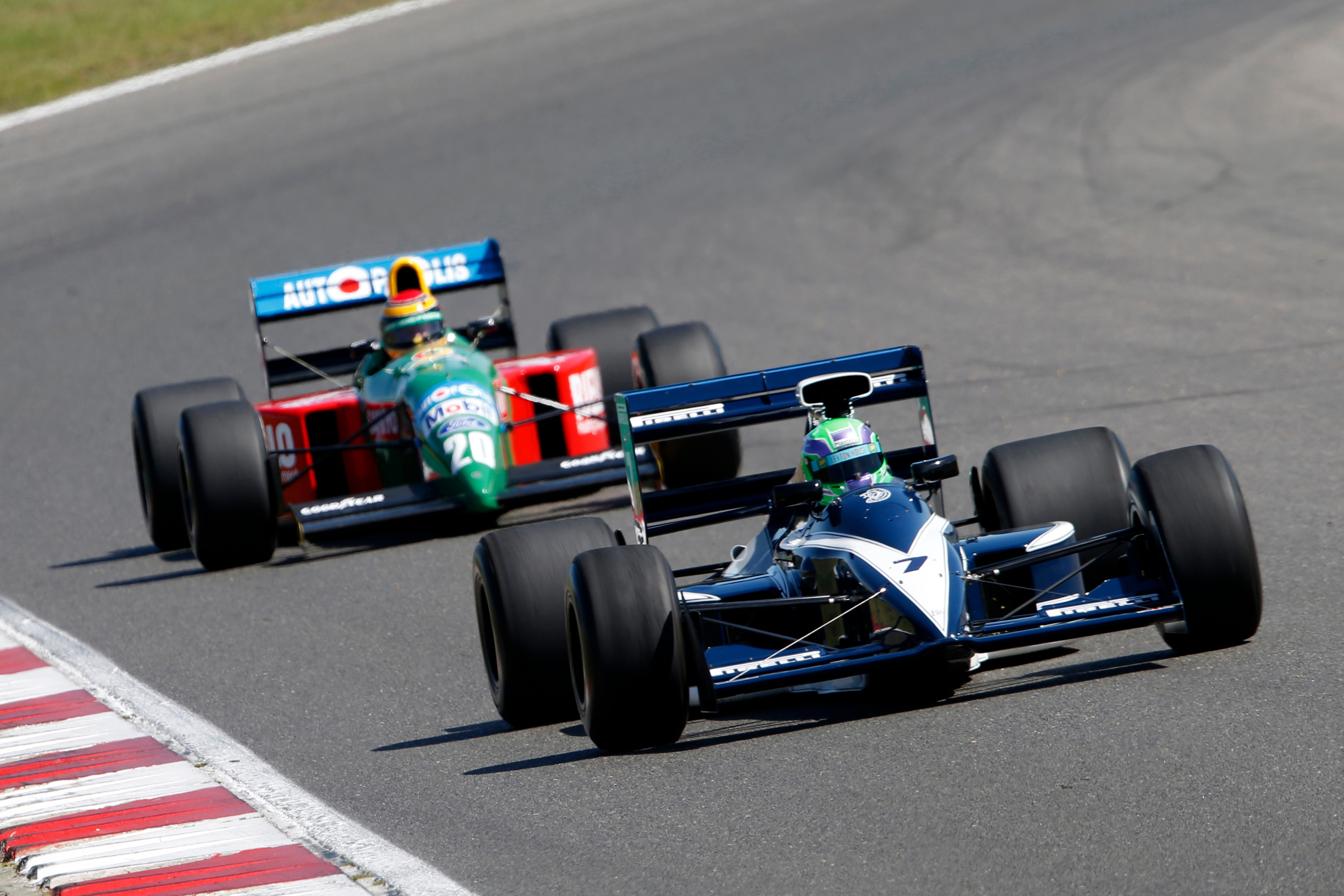 The British-based organisation has now opted to widen the scope to include later F1 cars after the capacity limit was cut to three litres for 1995, as well as F3000, GP2 and IndyCar machinery.

Masters boss Ron Maydon told Autosport: "We tried it last year, which proved difficult in the present circumstances, but we definitely want to give it another go.

"We're opening it up a bit because there are a lot of interesting things out there that aren't 3.5-litre F1 cars and we want to welcome them all."

Maydon said that he has "substantial interest" from potential participants, but refused to predict how many cars Masters might attract for Donington in the face of the difficulties of international travel.

He played down the chances of the demos developing into a full-blown championship, but Hanson and Thornton believe there is scope for a series centred on 3.5-litre F1 machinery.

"There is the potential there, because there are a lot of cars around," said Thornton.  "Once people with the cars see these demos, they will want to come out too."

The second of the demos will be at the Masters Historic Festival at Brands on 29-30 May, followed by outings at Zandvoort in July, and Jerez and the Algarve circuit in October.

Last August's Brands event attracted a Benetton-Ford B190, a Brabham-Judd BT59 (above), an Arrows-Cosworth A11 and a Leyton House-Judd CG901, while a Lola-Chevrolet T332 Formula 5000 car and a McLaren M23 also took part.